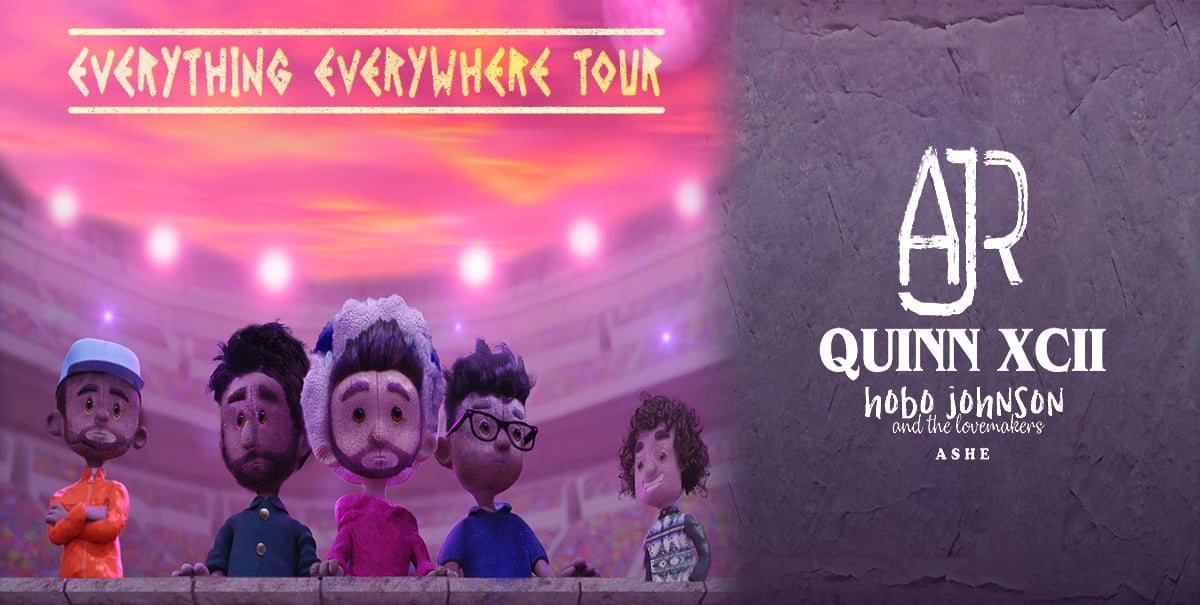 The AJR and Quinn XCII "Everything Everywhere Tour" performance at Michigan Lottery Amphitheatre on August 5 has been cancelled.

The announcement comes on the heels of the release of AJR’s newest single and video “BANG!” which is out now via AJR Productions/S-Curve Records/BMG. Click HERE to listen and HERE to watch. The track racked up over 2 million total streams in the first 48 hours of its release and is the latest offering from AJR following their third full-length album Neotheater, which debuted at the top of the Billboard charts last spring (No. 8 on the Billboard 200 and No. 1 on the Alternative and Rock Albums charts), and features Gold certified single “100 Bad Days.” In their decade music roundups, Spotify named AJR’s smash “Sober Up” one of the Best Rock Songs of the 2010s and Apple Music named AJR’s hit “Weak” one of the Best Alt Songs of the 2010s.

AJR recently sold out the most prestigious, high-capacity venues of their career including NYC’s Radio City Music Hall and Colorado’s Red Rocks Amphitheater on the first leg of their “Neotheater World Tour” and sold over 130,000 total tickets in 2019. They will head back on the road this spring for a string of festival dates and more than 20 cross-country North American performances on their “Neotheater World Tour Part II” prior to kicking off the “Everything Everywhere Tour” with Quinn XCII.

With his ability to seamlessly blur the lines between pop, hip-hop, electronic and soul, Quinn XCII quickly paved his own lane with his unique sound. Over the last 5 years, Quinn XCII has consistently grown his audience and expanded his crowd, currently drawing over 7 Million monthly listeners on Spotify and accumulating over 1.2 billion streams worldwide. He has played major music festivals across the globe including Lollapalooza, Governors Ball, Bonnaroo, and many more, recently sold out the iconic Red Rocks Amphitheatre in Denver in just two days, and has sold out 4 consecutive nationwide headline tours since 2017.

Quinn XCII is set to have his biggest year, recently achieving a spot in Rolling Stone’s Breakthrough Artists as he prepares for the release of his upcoming third album via Columbia Records. The album will include his latest single “Two 10s” and also previous single “Stacy,” which have accumulated over 45 million streams to date collectively. His previous releases include his debut album, The Story of Us, which was led by the standout RIAA Certified Gold single "Straightjacket." He followed with his sophomore album From Michigan With Love in early 2019, which features collaborations with Jon Bellion, Elohim, Yoshi Flower, Noah Kahan, Ashe and Louis Futon and serves as a deeper dive into who he is as an artist, while therapeutically unleashing his inner thoughts and battles with anxiety and mental health into his music.