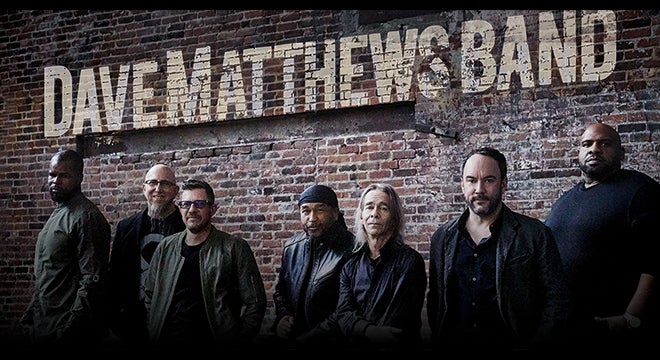 Dave Matthews Band has just announced the dates for its 2019 North American summer tour to include DTE Energy Music Theatre on Tuesday, July 9 at 8 p.m.

Every ticket purchase can be redeemed for an unreleased live recording from DMB’s 2018 tour. Visit http://redeem.davematthewsband.com for more information.

The headline run will kick off on April 30th in Pensacola, FL and includes two-night stands in Camden, NJ; Noblesville, IN; Elkhorn, WI; Saratoga Springs, NY; West Palm Beach, FL; and Denver, CO.  The band will return to the Gorge Amphitheatre for its traditional three-night Labor Day run August 30-September 1, pushing its total number of performances at the scenic venue above 60. Dave Matthews Band will also perform at the New Orleans Jazz & Heritage Festival on May 4 as part of the festival’s 50th anniversary celebration.  The band will conclude its North American tour on September 22 at the 2nd annual Sea.Hear.Now Festival in Asbury Park, NJ.

Dave Matthews Band will embark on a month-long European tour on March 6 in Munich, Germany. The headline trek will include two nights in London and the band’s first-ever shows in Oslo, Warsaw and Bologna. The band’s fall 2018 North American arena tour wrapped up in December with two hometown shows at John Paul Jones Arena in Charlottesville, VA. A portion of the proceeds from the Charlottesville shows will be included in the $5 million that Dave Matthews Band, Dave Matthews and Red Light Management have committed towards the redevelopment of the city’s deteriorating public housing. To learn more about the housing project, read this recent Billboard article and view this recent feature on CBS This Morning.

The Grammy® Award-winning band has sold more than 24 million tickets since its inception and a collective 38 million CDs and DVDs combined. With the release of 2018’s Come Tomorrow, Dave Matthews Band became the first group in history to have seven consecutive studio albums debut at No. 1 on the Billboard 200. The New York Times, in a Critic’s Pick review, observed, “willed optimism fills the songs on ‘Come Tomorrow,’ while cynicism and irony are nowhere within earshot.”