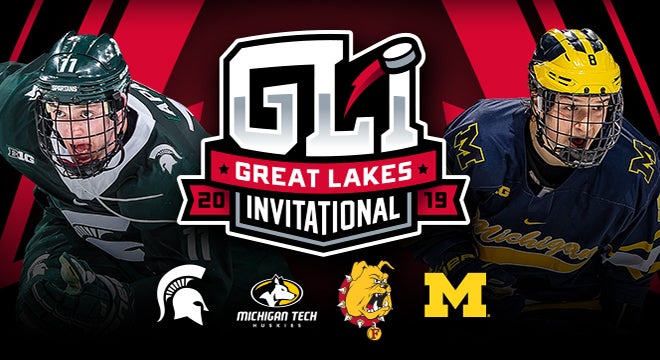 The 55th annual GLI will be highlighted by four Michigan-based schools for just the 16th time in tournament history. The two-day event, which has become a holiday tradition for sports fans across southeast Michigan, features Michigan Tech and tournament mainstays Michigan and Michigan State. Special invitee Ferris State will make the trek from Big Rapids, Mich., to participate in the tournament for just the second time.

The GLI starts with a doubleheader on Monday, Dec. 30 between Michigan Tech and Michigan State at 1 p.m., followed by Michigan vs. Ferris State at 4 p.m. On New Year’s Eve (Dec. 31), Little Caesars Arena will be home to a tripleheader of hockey with the third-place game of the GLI taking place at 11:30 a.m., followed by the championship game at 2:30 p.m. The Detroit Red Wings will then cap off the day by hosting the San Jose Sharks at 7:30 p.m. in the final home game of the 2019 calendar year.