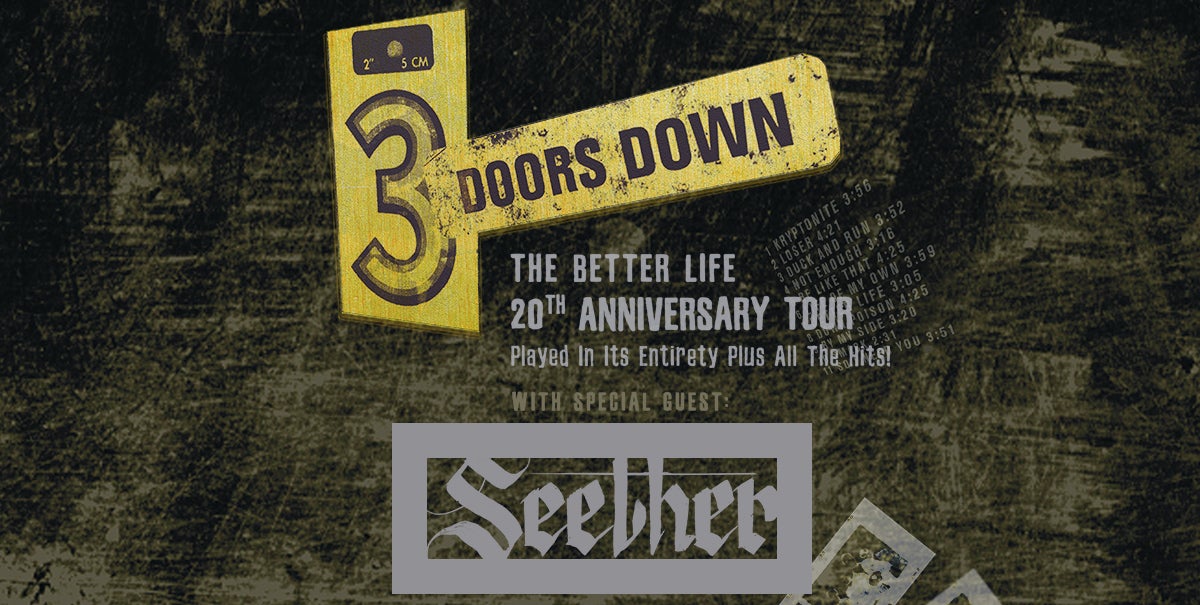 "Especially after the last year everyone has had, I am really looking forward to rocking out and celebrating with our fans this summer. It's hard to believe it's been 20 years since we released The Better Life." 3 Doors Down's Brad Arnold shares. "That album drastically changed our lives, and we are incredibly excited to celebrate the 20th Anniversary with our fans by playing The Better Life front to back this summer. It's going to be a blast, and we can't wait to get on the road and see everyone out there!"

Earlier this year, 3 Doors Down released a re-mastered, 20th Anniversary Edition of The Better Life album along with the nine-song "Escatawpa Sessions" as a box set on high-quality 3LP vinyl. The "Escatawpa Sessions," recorded in the band's Mississippi hometown in 1996, features seven demo versions from The Better Life, as well as three previously unreleased tracks. The 3LP box set features a custom lithograph, a six-page booklet with never-before-seen photos and extensive liner notes, and interviews with the band and executives from their label and talent agency. A 2CD and an expanded digital album of The Better Life are also available now, and each feature four new bonus tracks including, "The Better Life (XX Mix)," a new mix by Grammy® Award-winning Chris Lord-Alge, "Kryptonite (2000 Acoustic)," "Be Like That (2000 Acoustic)," and "Wasted Me (With Harp Version)." Order THE BETTER LIFE 20th Anniversary Edition now HERE.

3 Doors Down will be offering special 20th anniversary VIP packages. All VIP packages are available now. For complete details, please visit HERE. More information can be found at 3doorsdown.com.