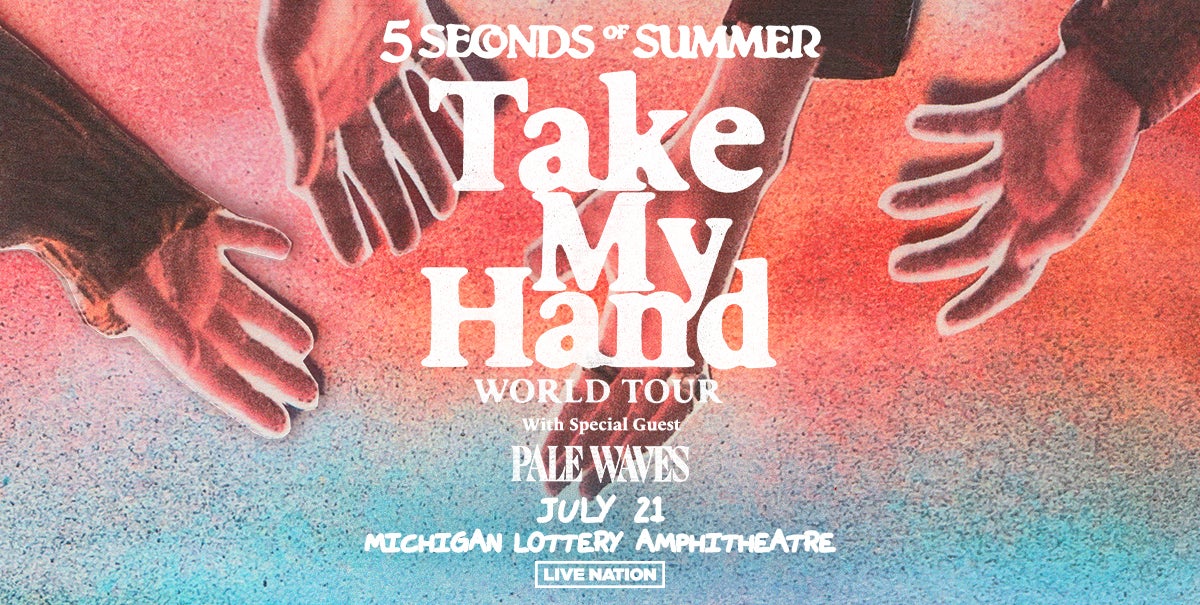 5 Seconds of Summer tour date at Michigan Lottery Amphitheatre on June 6, 2021 has been rescheduled to Thursday, July 21, 2022.

5 Seconds of Summer (5SOS) are returning to the road this summer with the announcement of their "Take My Hand World Tour" with special guest Pale Waves.

Tickets purchased for the previously scheduled dates (August 22, 2020 and June 6, 2021) will be honored for the new date and fans are encouraged to hold onto their tickets. Ticket holders unable to attend the rescheduled date now have 30 days, or until Tuesday, June 1, 2021, to request a refund at point of purchase. All venue box offices are currently closed.

Please email Ticket Operations at ticketoperations@olyent.com to schedule an appointment for any box office refund inquiries.