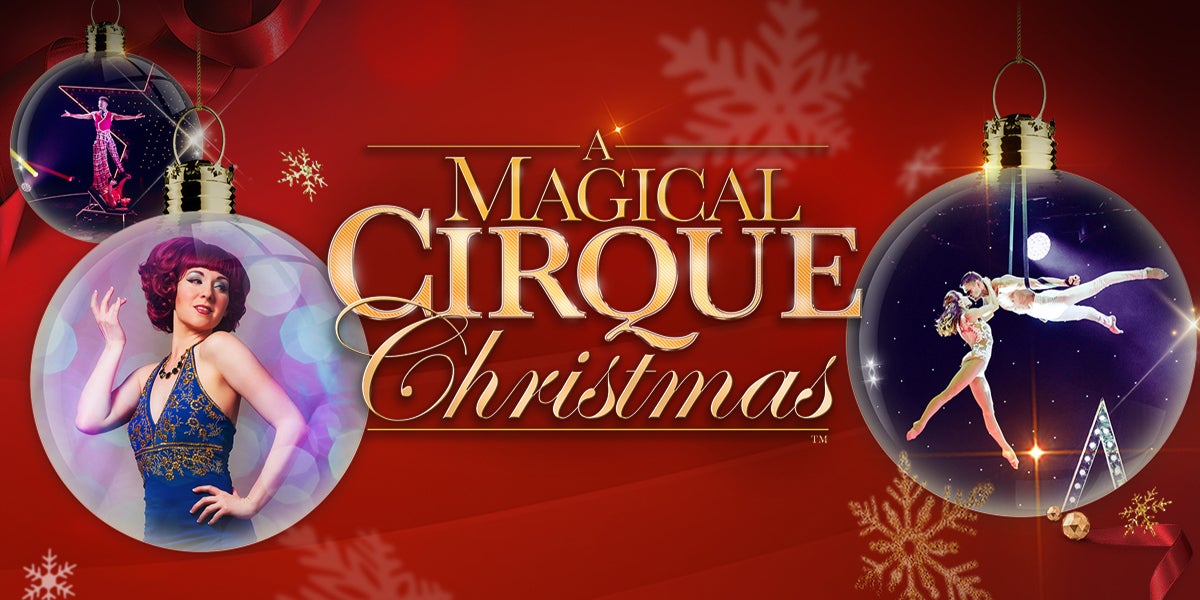 Following its hit holiday tours across North America in 2018 and 2019, MagicSpace Entertainment announced that they will once again bring together the nation’s greatest entertainers for a spellbinding and incredible holiday production with A Magical Cirque Christmas in 2021. This thrilling, festive, fun-for-the-whole-family event will play at the Fox Theatre on Sunday, December 12 at 3 p.m.

The critically acclaimed production will continue to 38 cities across the country including stops in St. Louis, Philadelphia, Detroit, Baltimore, Milwaukee, Kansas City, San Diego and San Jose among others. For more information and complete details on additional tour stops, please visit MagicalCirqueChristmas.com.

“A Magical Cirque Christmas has quickly become a special family holiday tradition and although we were heartbroken to not be able to spend the holidays with our amazing fans in 2020, we are thrilled to be returning to stages around the country with A Magical Cirque Christmas in 2021,” says producer Lee Marshall, MagicSpace Entertainment. “After the last year we’ve all gone through, our amazingly talented cast is very much looking forward to delighting audiences and bringing back the magic of the holidays.”

This season, acclaimed magician Lucy Darling joins the all-star cast as the master of ceremonies. Darling was named 2019 Stage Magician of the Year by the Academy of Magical Arts Magic Castle in Los Angeles and appeared on Penn & Teller: Fool Us. David Copperfield has said, “Lucy Darling is a true original – hilarious and delightful. An EXCEPTIONAL new talent in magic.”

In A Magical Cirque Christmas Darling will take audiences through an evening of dazzling performers and breathtaking cirque artists, accompanied by their favorite holiday music performed live.  The complete cast of performers and acts will be announced later in 2021.

It's never too early to get into the spirit of the season with this merry treat that’s perfect for the entire family.

A Magical Cirque Christmas is produced by MagicSpace Entertainment. MagicSpace Entertainment is a boutique producing and presenting firm focused on first-class properties and productions.  Based in Park City, UT, the company has produced and presented national tours, Broadway shows, concerts, museum exhibits and sporting events worldwide for over 40 years with a powerhouse producing team focused on providing creative, marketing and general management expertise. www.magicspace.net.

Select three of the incredible featured shows in the Fox Theatre Series presented by Comerica Bank lineup and save up to 20%! You will also enjoy several exclusive benefits.