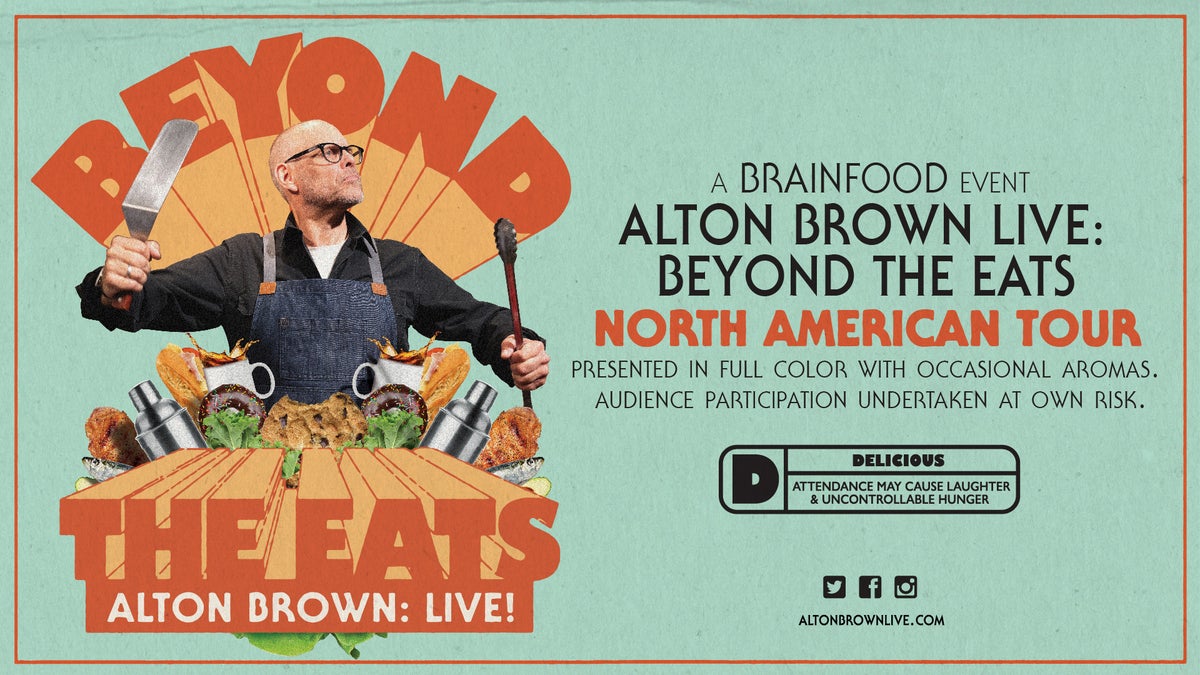 Television personality, author and Food Network star Alton Brown has announced “Alton Brown Live – Beyond The Eats” (altonbrownlive.com) will visit the Fox Theatre on Sunday, March 20 at 6:30 p.m.   Brown created a new form of entertainment – the live culinary variety show – with his “Edible Inevitable Tour” and “Eat Your Science,” which played in over 200 cities with more than 350,000 fans in attendance.

Brown says fans can expect “more cooking, more comedy, more music and more potentially dangerous science stuff.” Critics and fans have raved about the interactive components of Brown’s shows. He warns “Prepare for an evening unlike any other and if I call for volunteers… think twice.”

Brown has a knack for mixing together science, music and food into two hours of pure entertainment. “Plus, you’ll see things I’ve never been allowed to do on TV.”

Alton Brown has been on the Food Network for over 20 years and is best known as the creator, writer and host of Good Eats, Good Eats: Reloaded, and Good Eats: The Return. He also hosted Cutthroat Kitchen and served as the culinary commentator on Iron Chef America. There are two James Beard awards with Brown’s name on them in a drawer in his office, and somewhere in the world there’s a coveted Peabody awarded for Good Eats that was stolen out of his car back in 2013. In his spare time, he’s working on his ninth book on food and cooking.

Tickets go on sale Friday, April 30 at 10 a.m. at 313Presents.com or Ticketmaster.com. All venue box offices are currently closed. Those with an appetite for more Alton Brown can find additional show and ticketing information at altonbrownlive.com.