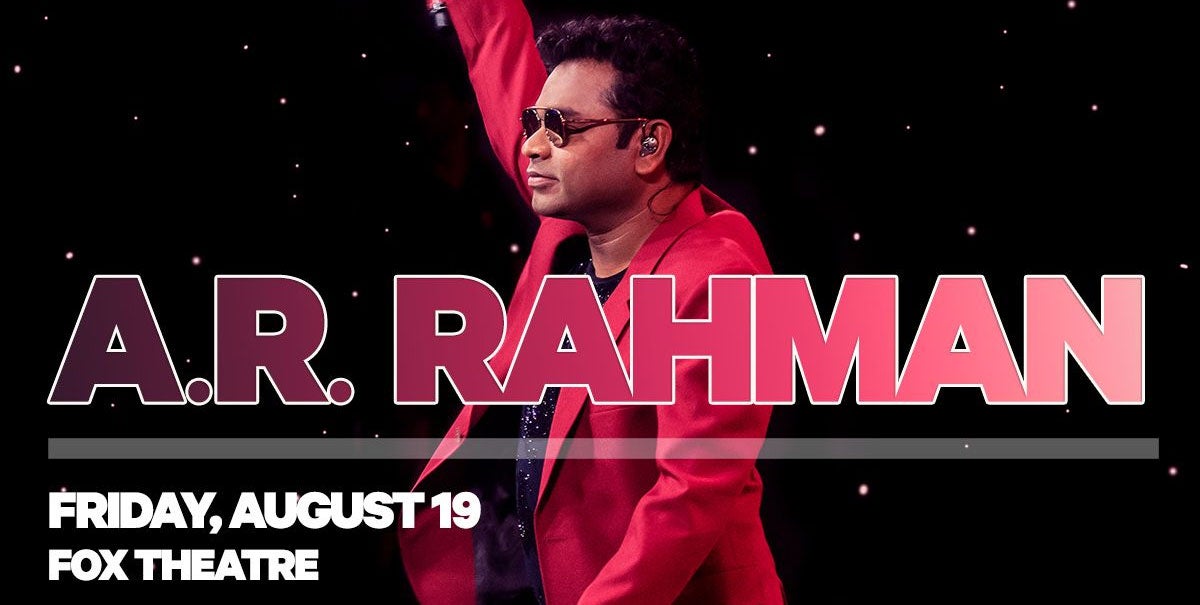 Composer, songwriter and singer A.R. Rahman has announced he will bring his special show to the Fox Theatre on Friday, August 19 at 8 p.m. The tour stop, produced by Nederlander Concerts, will include his greatest hits as well as new material for the audience. Comerica Bank is the exclusive presenting partner of the Fox Theatre.

A. R. Rahman is popularly known as the man who has redefined contemporary Indian music. Rahman has scored for more than 150 projects, comprising of music in multiple languages, including landmark scores such as Roja, Bombay, Dil Se, Taal, Lagaan, Vandemataram, Jodhaa Akbar, Slumdog Millionaire, 127 Hours, Rockstar and many more. The composer is a six-time recipient of the Indian National Award and has bagged 32 Filmfare awards to his credit. Rahman wrote the music for Bombay Dreams, produced by Lord Andrew Lloyd Webber, grossing remarkable numbers at London’s West End and Broadway. Notably, he also composed for the stage musical, Lord of The Rings, along with the Finnish band, Varttina.

Currently, AR Rahman is working with Expo 2020 Dubai, having setup a state-of-the-art recording facility, called “The Firdaus Studio”, and mentoring an all women orchestra comprising of incredibly talented musicians from over 23 nationalities called “The Firdaus Orchestra.”