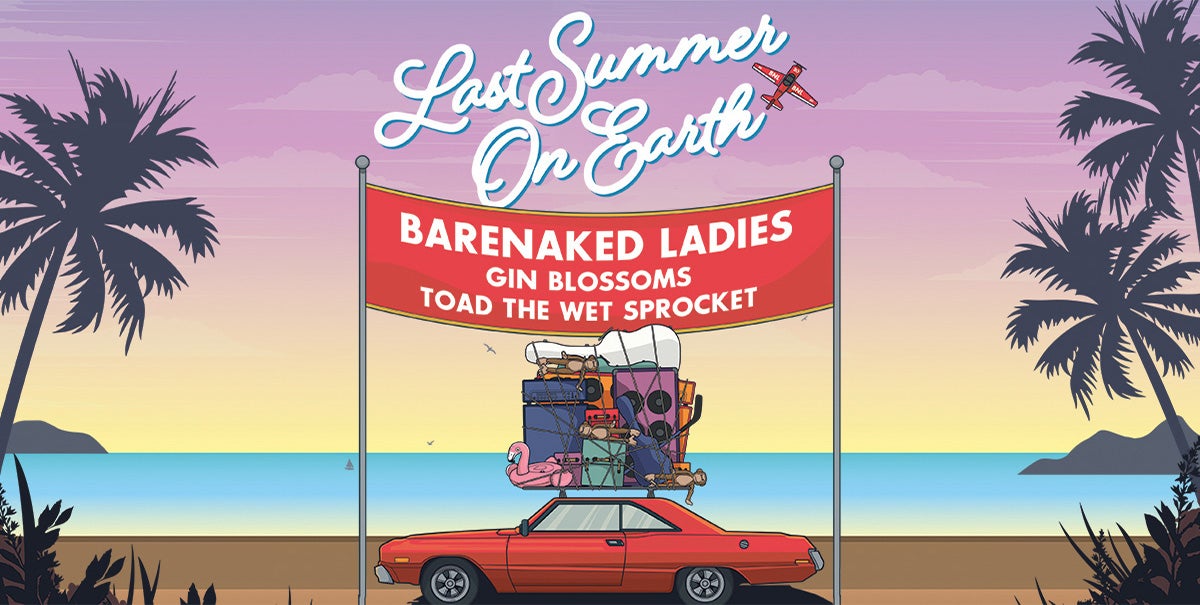 Tickets will be honored for the rescheduled shows.

The multi-platinum rock band Barenaked Ladies will return to Pine Knob Music Theatre for their extensive “Last Summer On Earth Tour” of North America. Gin Blossoms and Toad the Wet Sprocket will round out the incredible lineup.

Following their critically-acclaimed 2019 tour with Hootie & the Blowfish, Barenaked Ladies is ready to hit the road again and bring out all the fan favorites that have built them a long-lasting career and worldwide fanbase. The Toronto-based “cult fave” (Paste Magazine) - who have now sold over 15 million albums worldwide and earned multiple JUNO Awards and Grammy® nominations - are also set to release new music in May of this year.

The band launched Barenaked Bytes, the official Barenaked Ladies app. The app will have news, information, and merch.

Tickets are on sale now. All tickets purchased for the two previously scheduled dates (July 4, 2020 and July 4, 2021) will be honored for the new date and fans are encouraged to hold onto their tickets. Ticket holders unable to attend the rescheduled date now have 30 days, or until Wednesday, May 12, 2021, to request a refund at point of purchase.

Please email Ticket Operations at ticketoperations@olyent.com to schedule an appointment for any box office refund inquiries.