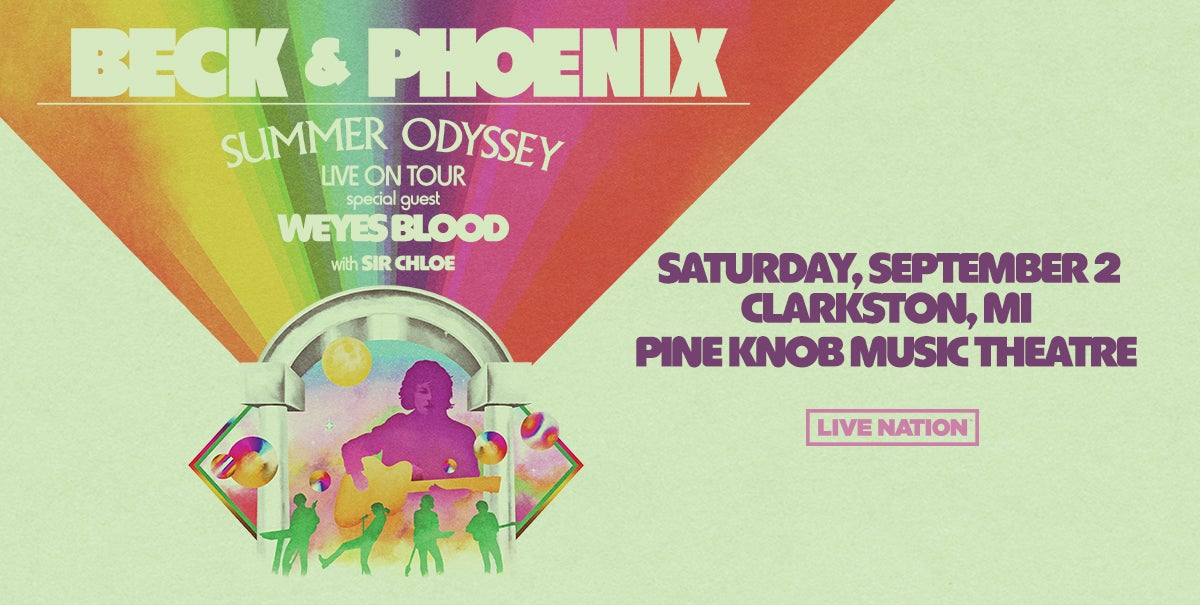 The tour kicks off on Tuesday, August 1 in Seattle at Climate Pledge Arena, with stops in Los Angeles, Las Vegas, Houston, Boston, New York, and more before wrapping up on Sunday, September 10 in Columbia at Merriweather Post Pavilion. The tour will feature Jenny Lewis, Japanese Breakfast, Weyes Blood, and Sir Chloe on select dates.

2022 Rock & Roll Hall of Fame nominee and eight-time Grammy®-winner Beck has traveled light years from his emergence as a reluctant generational spokesperson when “Loser” exploded into a ubiquitous 1994 smash. Beck’s singular vision has since seen him utilize all manners and eras of music, blazing a path into the future while foraging through the past.

Surfacing just as mainstream and alternative intersected, no small thanks to his 1994 debut Mellow Gold, Beck quickly confounded expectations with subsequent releases including the lo-fi folk of One Foot in the Grave and 1996’s multi-platinum Odelay – which has remained a cultural touchstone for generations.

Beck’s creative evolution has always progressed at an exponential rate.  From the atmospherics of 1998’s Mutations and the fluorescent funk of 1999’s Midnite Vultures, the somber reflections of 2002’s Sea Change, 2005’s tour de force Guero and 2006’s sprawling The Information, 2008’s acclaimed Modern Guilt, 2014’s Album of the Year Grammy®-winning Morning Phase, the “euphoric blast of experimental pop” (Rolling Stone) that was 2017’s Colors and his 2019 “best in a decade” (People) Hyperspace… No Beck record has ever sounded like its predecessor — though The New York Times notes a consistent thread: “Though Beck’s records through the years have tended toward maximalism, a kind of meticulous sonic gorgeousness, melody remains central to his art.``

Phoenix is a critically-acclaimed band from France. Born out of high school friendships in Versailles, Phoenix have been nominated twice for Grammy® awards, winning Best Alternative Album in 2010 for their record Wolfgang Amadeus Phoenix which included hit singles “1901” and “Lisztomania.” They also won Best Rock Album in 2014 for Bankrupt! at the French Victoires de La Musique.