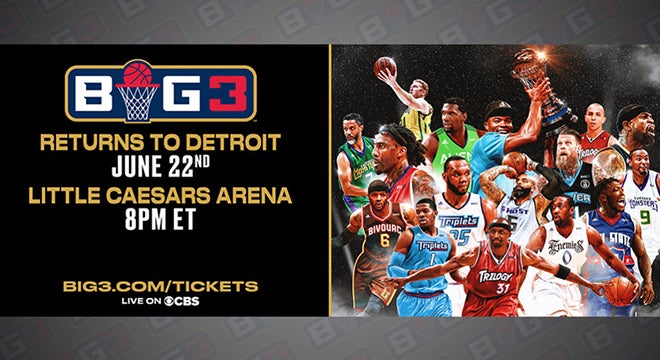 BIG3’s successful first two seasons in 2017 and 2018 established it as the world's premier professional 3‑on-3 league. In 2018, average arena attendance exceeded 14,000, up from 11,000 the year prior. This year will see BIG3 visiting 18 cities – up from 10 each of the two previous years. Three games will be played in each city each night, two days per weekend (for a total of six games). New teams include Aliens, Bivouac, Enemies and Triplets.

Teams will be coached by some of the top legends in the game, including Julius 'Dr. J' Erving, Gary Payton, Nancy Lieberman, Rick Barry, Lisa Leslie, and George ‘The Iceman’ Gervin.

In addition to Ice Cube and Kwatinetz, the league will continue to be guided by Chairman Amy Trask and Commissioner Clyde Drexler.

During the 11-week season, games will air live on CBS Television Network and CBS Sports Network on both Saturday and Sunday, with a champion crowned live on CBS on Sunday, September 1 at 3 p.m. ET. CBS Television Network will broadcast more than 20 hours throughout the season, with CBS Sports Network set to televise more than 25 hours of additional live game coverage.