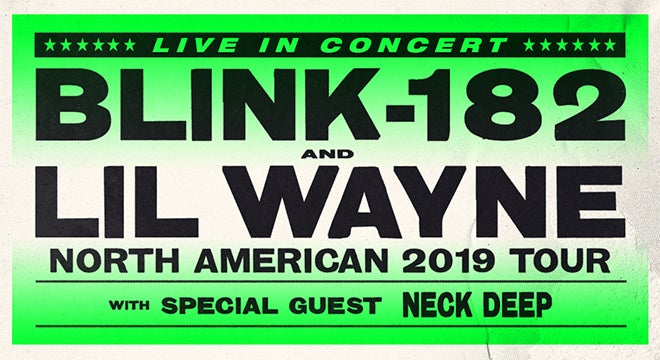 Multi-platinum, award winning artists blink-182 and Lil Wayne announced they’ll be hitting the road together for the first time ever on a co-headlining tour across North America this summer. Special guest Neck Deep will join on all dates. Produced by Live Nation, the massive 38-city outing will kick off June 27th in Columbus, OH and make a stop at DTE Energy Music Theatre on Tuesday, September 10 at 7 p.m.

Fans can expect a tour like no other from the two artists who have both defined and defied their respective genres over the past two decades. They have both seen incredible success in their long-lasting careers with the astonishing number of awards, multi-platinum albums and singles and #1 songs stacked between the two of them – a testament to each’s long standing and loyal fan bases.