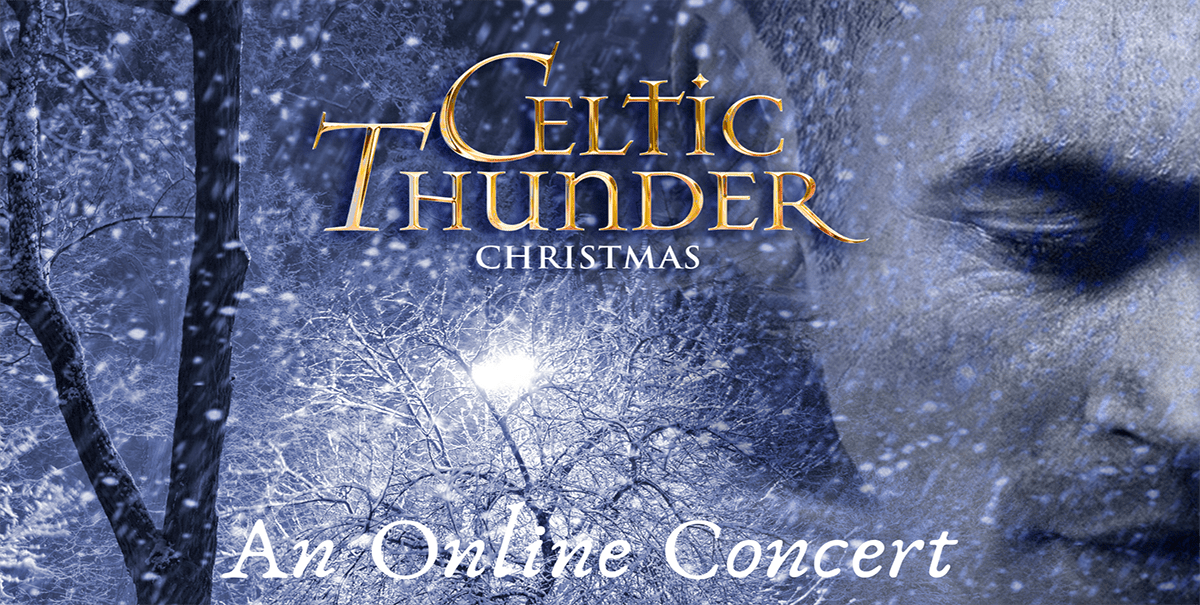 “Celtic Thunder Christmas” offers an amazing and nostalgic performance by the group, while showcasing a broader range of their diverse musical styles. Viewers will be enthralled by unique interpretations of seasonal classics such as ‘Winter Wonderland”, “It’s Beginning to Look A Lot Like Christmas” and “Let It Snow”, as well as beautiful original compositions such as “Christmas Morning Donegal” and “Christmas Overture”. Celtic Thunder fan favorites “Hallelujah” and their haunting a cappella version of “Amazing Grace” (which has garnered over 13 million views on Facebook), are also part of the treats that “Celtic Thunder Christmas” delivers.

The heart-warming Christmas offers something for all the family to enjoy, a diverse mix of international and Celtic holiday classics performed as always with the Celtic Thunder magic. Produced by Sharon Browne and longtime collaborator Phil Coulter, “Celtic Thunder Christmas” was filmed in front of a live audience at the Mid-Hudson Theatre in Poughkeepsie, NY in 2010. It has not been available to the Public since 2015. The Online Concert version includes bonus 2020 footage of Celtic Thunder principals spreading holiday cheer while reflecting on the original performance.

Formed in Dublin in 2007, Celtic Thunder is a multi-dimensional musical and theatrical ensemble celebrated around the world for emotionally powerful performances and a state-of-the-art production. Billboard magazine has named Celtic Thunder the Top World Album Artist (in 2008, 2009, 2011, 2015 and 2016) while the group has had LPs placed in the World Album Top 10 every year since 2008. Their mass appeal and devoted fan base continues to grow with impressive statistics to prove it.  Celtic Thunder’s official YouTube channel, “Thunder Tube” has seen over 200 million channel views since the channel’s inception in summer 2008.  The group has performed live to millions of fans around the world. In addition to their ten hugely successful Public Television specials, Celtic Thunder has also performed on multiple occasions on The Today Show, Fox and Friends, CBS Morning Show and has performed at The Pentagon and streamed live on Armed Forces Network around the world, as well as at the White House for President and Mrs. Obama and guests at their St. Patrick’s Day celebration.

Stream is available for 48 hours starting December 11 at 7:30pm