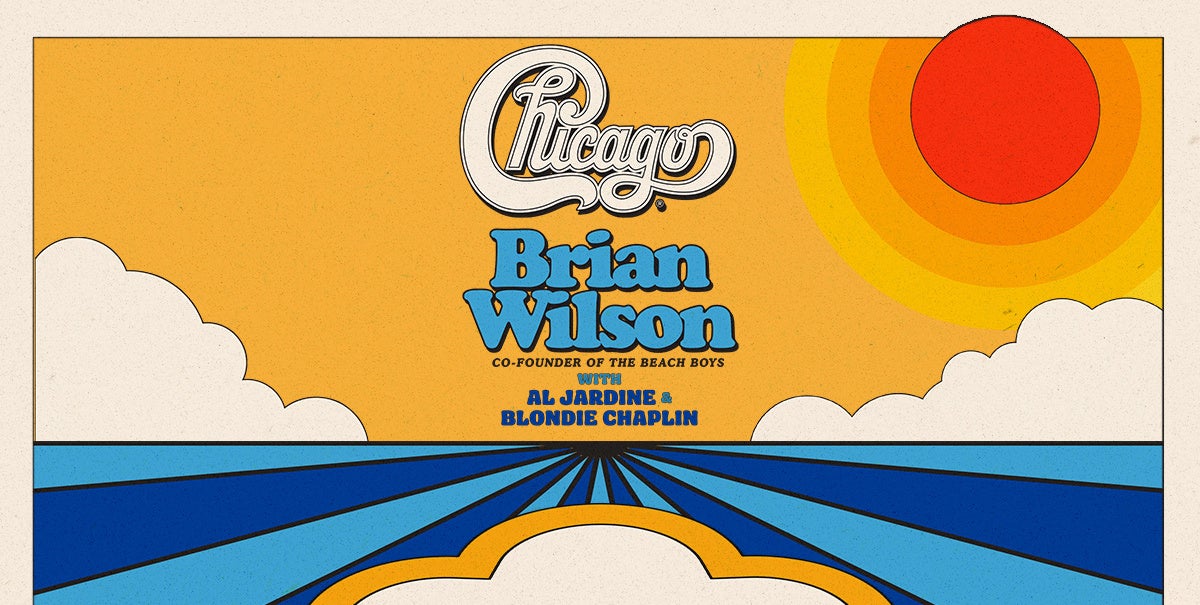 Chicago and Brian Wilson, co-founder of the Beach Boys, with Al Jardine and Blondie Chaplin have announced a co-headlining 25-city tour. With both Rock ‘n Roll Hall of Fame inductees, the Live Nation produced tour brings together the timeless music of Chicago and the classic sounds of Brian Wilson. The tour will make stops across the U.S. before wrapping up at Pine Knob Music Theatre on Tuesday, July 26, 2022 at 7 p.m. Pine Knob Music Theatre is presented by Proud Partners United Wholesale Mortgage, Trinity Health and Ally.

About Chicago
American rock band formed in Chicago, IL in 1967. In their 50+ years of existence, Chicago have sold over 100 million records, making them one of the best-selling music groups of all time. This “rock and roll band with horns” found success with their original sound of pop and rock fusion, including hits “Make Me Smile,” “25 or 6 to 4,” “Saturday In The Park,” “Does Anybody Really Know What Time It Is?” and so many more.  To date, the band has had 21 Top 10 singles, 5 consecutive Number One albums, 11 Number One singles and 5 Gold singles. An incredible 25 of their 37 albums have been certified platinum and the band has a total of 47 gold and platinum awards. Chicago’s lifetime achievements include two Grammy Awards, two American Music Awards, a Grammy Lifetime Achievement Award, and an induction of its original members into the Rock and Roll Hall of Fame. Additionally, their first record (a double album) was inducted into the Grammy Hall Of Fame and original band members Robert Lamm and Jimmy Pankow were inducted into the Songwriters Hall of Fame. Chicago continues to be true ambassadors for their beloved hometown, carrying the city's name with pride and dignity around the world.

About Brian Wilson
Brian is an American songwriter, producer, arranger, singer and musician, who co-founded the Beach Boys. Often called a genius for his novel approaches to pop composition, extraordinary musical aptitude, and mastery of recording techniques, he is widely acknowledged as one of the most innovative and significant songwriters of the 20th century.

Raised in California, in 1961, he began his professional career as a member of the Beach Boys, serving as the band’s songwriter, producer, co-lead vocalist, bassist and keyboardist.

Wilson is considered the principal originator of the California sound, and classed among the first rock producers to use the recording studio and mixing desks as an instrument. The zeitgeist of the early 1960s is commonly associated with his early songs, and he became an important figure in the development of many pop music genres and the art pop scene.  Wilson’s honors include inductions into the Rock and Roll Hall of Fame (as a member of the Beach Boys) the Songwriters Hall of Fame, two Grammy Awards and the Ivor Novello.