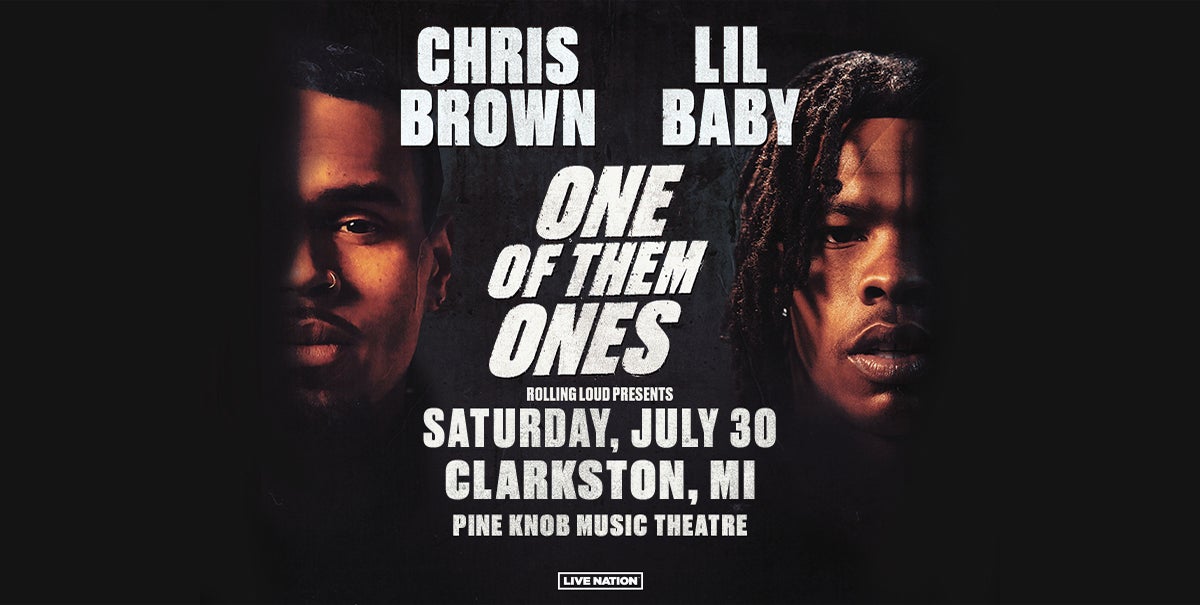 The tour kicks off in Raleigh, NC at Coastal Credit Union Music Park at Walnut Creek on July 15, making stops across North America in New York, Chicago, Atlanta, and more before wrapping up in Las Vegas, NV at the T-Mobile Arena on August 27.

Chris Brown is a Grammy® award-winning consummate entertainer who has shifted the climate of R&B culture since his eponymous 2005 debut, selling millions of albums worldwide and accumulating billions of audio streams. A chart-topping force, Brown has achieved 50 top 40 entries on the Billboard Hot 100 and 16 top 10 entries. Brown’s last two singles releases “Warm Embrace” and “Iffy” come after his well-received full-length mixtape Slime & B with Young Thug, which featured the hit single “Go Crazy,” and the release of the remix featuring Young Thug, Future, Lil Durk and Latto.

Throughout his career, Brown has continued to break records – even his own – and received a plethora of accolades. The original version of “Go Crazy” topped his single “No Guidance” as the longest running #1 song on Billboard’s R&B/Hip-Hop Airplay chart at 28 weeks and counting. In the past two years alone, he’s garnered nominations and wins from multiple award shows. “Go Crazy” won three Soul Train Awards in 2020 for Song of the Year, Best Collaboration and Best Dance Performance and garnered seven more nominations in 2021. He was also nominated for seven Billboard Music Awards, including Top R&B Artist, Top R&B Album and Top R&B Song (“Go Crazy”), four BET Awards including Video of the Year (“Go Crazy”) and Best Male R&B/Pop Artist, two BET Hip-Hop Awards for Best Hip-Hop Video (“Go Crazy”) and Best Duo or Group, two MTV Video Music Awards for Best R&B Song (for two songs – “Go Crazy” and “Come Through” with H.E.R.) and one 2022 NAACP Image Award for Outstanding Duo, Group or Collaboration – Contemporary (“Go Crazy (Remix)” with Young Thug, Lil Durk, Future and Latto).

Check out “WE (Warm Embrace)” and stay tuned for more music from Chris Brown coming soon.

Some artists define a genre, but Lil Baby defines a generation. The Grammy® Award-winning rapper has smashed records, made history, and impacted the course of modern hip-hop with his instantly identifiable and inimitable style. He has garnered dozens of multi platinum certifications and tens of billions of streams as arguably the biggest new rapper to emerge this decade. Following the success of his platinum full-length debut Harder Than Ever in 2018, he seized #1 on the Billboard Top 200 with 2020’s My Turn, becoming “the year’s #1 selling and #1 streaming album in the US.” At first, it cemented him as “2020’s first and only artist to go double-platinum,” but it has since gone quadruple-platinum and has logged 85 weeks in the top 10 of the Top R&B/Hip-Hop Albums chart – marking the longest top-tier run in the chart’s history.

He notably tied Prince and Paul McCartney for Billboard Hot 100 hits and Taylor Swift for “most weeks atop the Billboard Top 200 in 2020” with a total of six. Out of eight nominations, he scored his first Grammy® Award in 2022. He has appeared on the covers of Rolling Stone and the Billboard R&B/Hip-Hop Power Players Issue in addition to receiving honors from VEVO, Rap Caviar, the Apple Music Awards, and more. He teamed up with Lil Durk for The Voice of the Heroes, marking his second #1 debut on the Billboard Top 200. It’s just the beginning though. He’s bound to revolutionize the culture again with his third album in 2022. Most recently, he released “Right On” and “In A Minute” which both songs debuted on Billboard’s Hot 100 chart. This feat puts Lil Baby in rare territory, making him the youngest of only 12 artists to have ever landed 100 or more songs on the Hot 100. This generation belongs to Lil Baby.