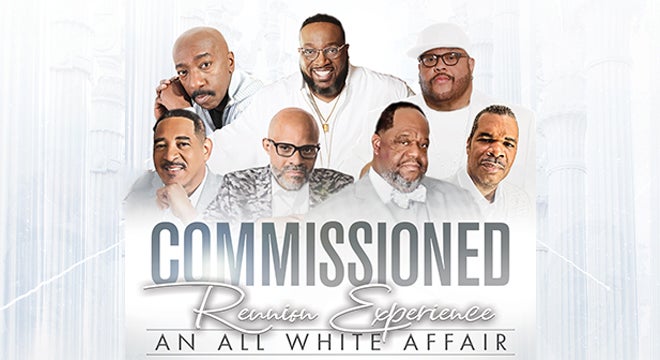 Formed in Detroit in 1982, all of the original group members are coming back together again on one stage with an amazing melodic sound and mind-blowing harmony that’s still as incredible as it was from day one.

Commissioned released 12 albums from 1985 to 2002 and received multiple Grammy® and Stellar award nominations. In 2002, they released their last album, The Commissioned Reunion: Live, which was recorded live at the Straight Gate International Church in Detroit on October 26, 2001. The album reached #100 on the Billboard 200 and #3 on the Top Gospel Albums chart.