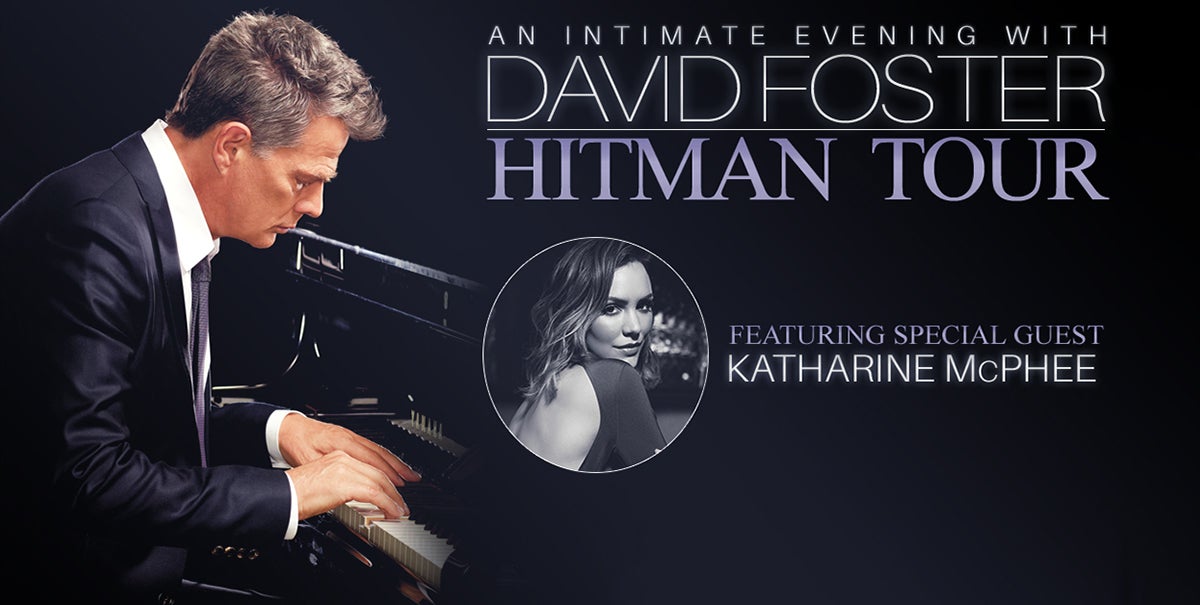 David Foster’s “Hitman Tour” with special guest Katharine McPhee scheduled for Friday, May 8, 2020 at the Fox Theatre in The District Detroit has been rescheduled to take place on Tuesday, January 19, 2021 at 8 p.m.

All previously purchased tickets will be honored for the newly scheduled date. For any further ticket inquiries please reach out to point of purchase.

In this intimate evening, accompanied by hand-picked vocalists and musicians, Foster will explore the music of his career as one of the biggest creative forces of our time.

Renowned for her powerhouse presence and show-stopping performances, Katharine McPhee possesses a voice for the ages. Audiences first fell under the chanteuse’s spell during a storied run on American Idol Season 5 in 2006. Since then her hits have included “Over It,” “Unbroken” and “Christmas is the Time To Say I Love You.” McPhee also became a force on the big and small screens, co-starring with Debra Messing on Smash from executive producer Steven Spielberg as well as guest appearances on CSI: NY, Community, Family Guy, and more. Meanwhile, she has taken stage for PBS specials -- including her own special – Soundstage: Katharine McPhee, and Foster and Friends.