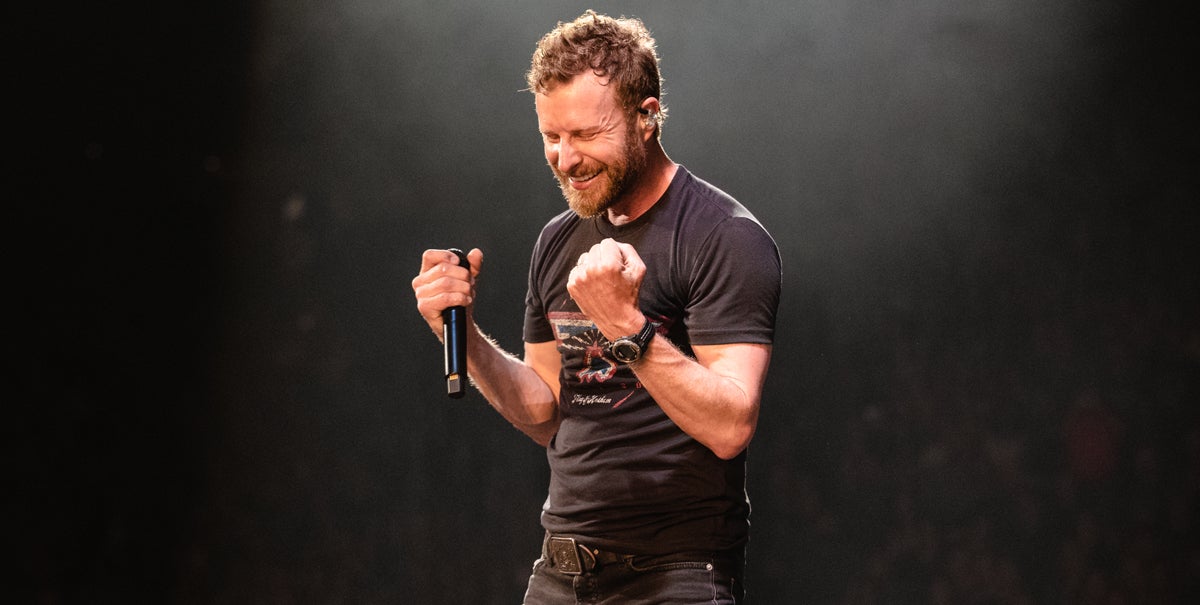 After selling out his warm-up dive bar tour in minutes, multi-Platinum singer/songwriter Dierks Bentley announces details behind his upcoming amphitheater run the 2021 “Beers On Me Tour,” with special guests Riley Green, Breland and Lindsay Ell.

“I wrote a song a few months back with some friends called ‘Beers On Me’ that inspired this year’s tour name,” explains Bentley. “It’s a pretty simple recipe for summer…get your friends together, have a round or two and dive into some great Country music. That’s exactly what Riley, Parker and I plan on doing out there on the road with our fans. Both these guys are road warriors and great performers that are going to help us get this summer fired up.”

Before his return to the road this summer, Bentley brings back his “High Times & Hangovers” club tour next week with five shows in five nights, as the last time he headlined a dive bar tour by the same name was 2006. The sold-out run launches Tuesday (5/11) at Windjammer in Isle of Palms, SC, with special guest Cody Canada & The Departed. Additionally this summer, Bentley has been tapped to headline major festivals including the Telluride Bluegrass Festival (6/13), Windy City Smokeout (7/10), Oregon Jamboree (7/30) and Watershed (7/31).

Bentley continues to be a dominant voice for the genre with over 6.4 billion streams. Reaching a new creative high while “making music designed to challenge” (New York Times), Bentley co-wrote 10 of 13 tracks on his last album The Mountain, which earned him the highest debut sales of his career and became his seventh chart-topping release. Following his 19th No. One hit at Country radio, he continues to climb the chart with his current Top 20 single “Gone.” Bentley has amassed countless nominations from the ACMs, CMAs, Billboard Music Awards and more while also earning 14 Grammy® nominations. He just recently celebrated his 15-year anniversary as a member of the Grand Ole Opry. As “he is dedicated to giving fans the best performance possible” (The Tennesseean) as a headliner for national festivals and during his own headlining run, Bentley has also created professional endeavors outside of the music with his Flag & Anthem lifestyle collection Desert Son, along with his “Dierks Bentley’s Whiskey Row” franchise hosting five locations. For more information visit www.dierks.com.

Born in Jacksonville, AL, Riley Green was raised on the sounds of traditional Country, Bluegrass, and Southern Gospel music. His full-length debut album Different ‘Round Here was released in 2019 via BMLG Records and produced the GOLD-certified No. One hit “There Was This Girl” and the PLATINUM-certified single “I Wish Grandpa’s Never Died.” Named ACM’s “2020 New Male Artist of the Year,” Green recently released his latest EP If It Wasn’t For Trucks. His additional accolades include being selected as CMT “Listen Up Artist,” Music Row’s 2019 “Next Big Things” and “Breakout Artist of the Year” as well as one of CRS’ 2020 “New Faces.” For more information visit www.RileyGreenMusic.com.