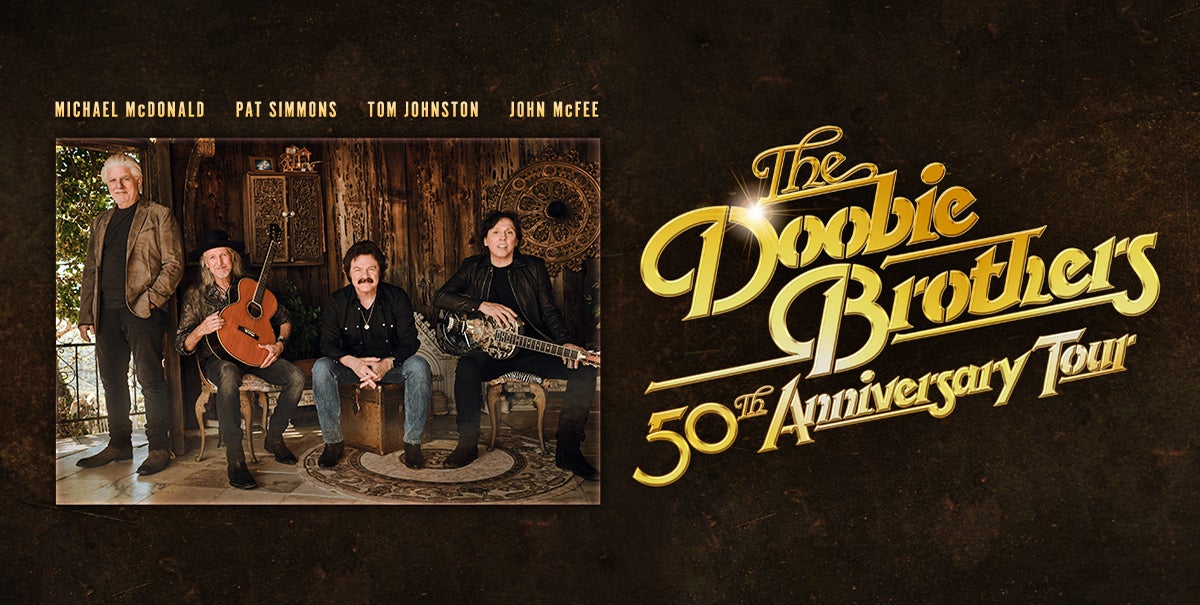 The Doobie Brothers’ performance scheduled for on Sunday, August 2, 2020 at DTE Energy Music Theatre has been rescheduled to take place on Thursday, September 2, 2021.

Four-time Grammy®-Award winners and Rock & Roll Hall of Fame nominees The Doobie Brothers announced a 30-city North American tour to celebrate the 50th anniversary of the band’s founding. Johnston, Michael Mcdonald, Pat Simmons and John Mcfee will be back on tour together for the first time in nearly 25 years.

Selling nearly 50 million albums worldwide, The Doobie Brothers have had five top-10 singles, 16 top-40 hits, three multi-platinum albums, seven platinum albums, 14 gold albums and own a rare diamond record for their 1976 album, Best of the Doobies. The Doobie Brothers’ collection of timeless hits will once again be played by the artists who wrote them, providing fans the rare opportunity to see these Rock and Roll legends performing their full catalog of songs on stage.

"The Doobie Brothers 50th Anniversary Tour" will kick off on June 9, 2020 in West Palm Beach, FL and will make stops in 30 cities, including Nashville, Toronto, Denver, Seattle, Los Angeles and more, including a special hometown show in Mountain View, CA at the Shoreline Amphitheatre on September 12. The tour is being produced by Live Nation.

Fans who attend "The Doobie Brothers 50th Anniversary Tour" can expect to hear wide range of the band’s hit songs, including “Listen To The Music,” “Takin’ It To The Streets,” “Long Train Running,” “Black Water,” “What A Fool Believes,” “China Grove,” “Minute By Minute,” “It Keeps You Runnin’,” “Jesus Is Just Alright With Me” and many more.