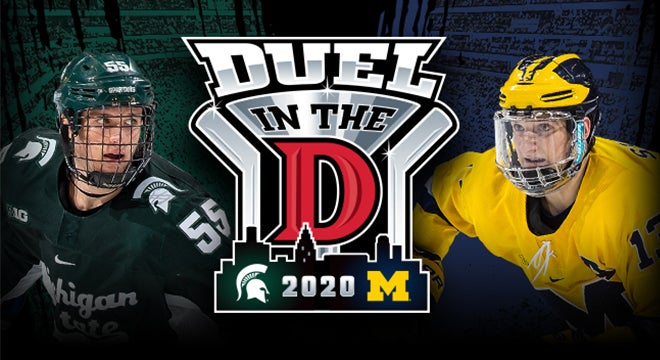 Duel in the D

The most-played rivalry in the history of college hockey between Michigan and the Michigan State continues with the “Duel in the D” at Little Caesars Arena on Monday, Feb. 17 at 7 p.m. The Wolverines and Spartans will once again compete for the “Iron D” Trophy, which is awarded to the winner of the annual clash in Hockeytown. Michigan has hoisted the “Iron D” Trophy the last three years, while Michigan State won the trophy the first year it was awarded (2016).