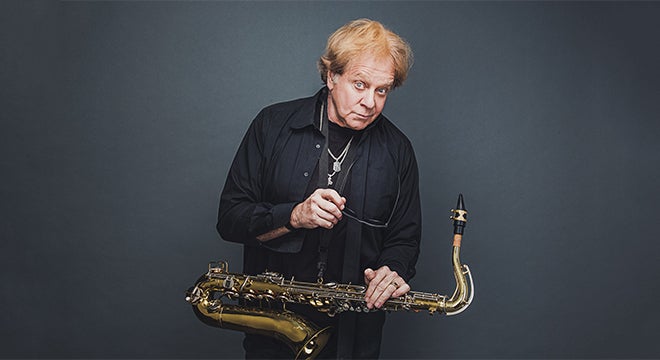 After signing a recording contract with Columbia Records, Money burst onto the scene with his eponymous debut album in 1977. The album, which went double platinum, featured the hits “Baby Hold On” and “Two Tickets to Paradise.”

The Brooklyn, New York native followed the success of his debut album with a stream of Top 40 hits, as well as some of the era’s most creative videos for songs like “Think I’m in Love” and “Shakin.” In 1986, Money released Can’t Hold Back, which featured the classic, Grammy-nominated duet with Ronnie Spector, “Take Me Home Tonight.” The song reached #4 on the Billboard Hot 100. The album went platinum and also featured the hit single “I Wanna Go Back.”

This year will mark Money’s 28th consecutive year performing at DTE Energy Music Theatre, dating back to 1992. In recent years, Money has been joined on tour by his daughter, Jesse, who provides back-up vocals and adds an exciting twist to the duet “Take Me Home Tonight.” The show also includes performances from sons Dez on guitar and Julian on drums.

Real Money follows the daily lives of the Money family – which includes Eddie; Laurie, his wife of over 30 years; their five kids, Zach, Joe, Jesse, Dez, and Julian; and 10 pets – as they live, laugh, bicker, and rock under one roof. Season two, which will premiere this spring on Sunday nights on AXS TV, finds the family attending a Money family reunion with Eddie’s brothers and sisters in New York; hanging out backstage at Sammy Hagar’s legendary High Tide Beach Party; hitting the lanes for a day of bowling; taking a family trip to South Dakota; and welcoming great dane puppy Bette to their growing pack.

Also, AXS TV will be airing Eddie Money's DTE concert from last year which marked his 27th consecutive season performing at the venue. That concert will be broadcast will include all his hits and is scheduled to air in the spring.

To receive announcements and access to the latest information on on-sales, presales, special offers and events, contests, breaking news and more for concerts and events at DTE Energy Music Theatre, fans can sign up at www.313presents.com/email-sign-up. and by following on Twitter at @DTEEnergyMusic.