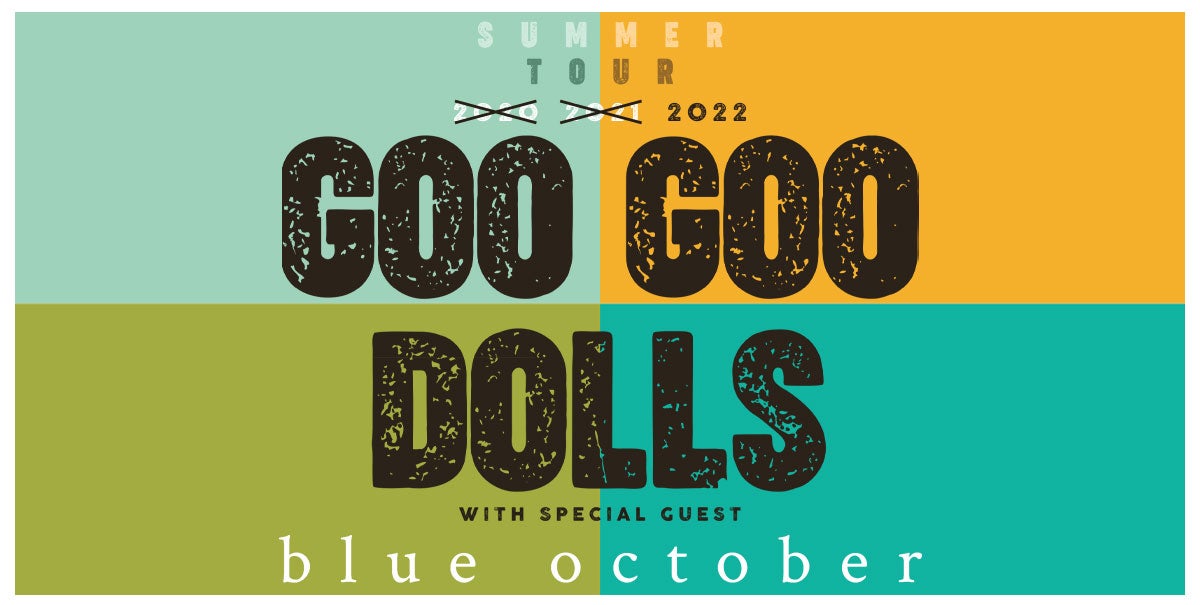 The Goo Goo Dolls performance at Michigan Lottery Amphitheatre for August 8, 2021 has been rescheduled to August 7, 2022.

Tickets for the previously scheduled date (August 9, 2020 and August 8, 2021) will be honored for the new date and fans are encouraged to hold onto their tickets. Ticket holders unable to attend the rescheduled date now have 30 days, or until Saturday, July 10, 2021, to request a refund at point of purchase.

The band has also released a vibrant new live concert video for “Autumn Leaves”, a standout track from Miracle Pill that has been garnering rave reactions from audiences. The performance was filmed at the Kalamazoo State Theater in Kalamazoo, MI on their fall 2019 headlining tour and can be viewed now here.

Miracle Pill officially arrived in September 2019 via Warner Records. The album was described as “potentially the biggest Dolls album released to date [Planet Rock]”, as well as one that “easily stands alongside the best of their career [PopMatters].” In addition to “Autumn Leaves,” the engaging and timely album also features numerous other instant-classics such as the smash single “Miracle Pill” and the massive pop anthem “Fearless”, which was added to the LA Dodgers in-stadium playlist last season.

Tickets (starting at $29.50 on the lawn) are on sale now. To purchase tickets in the Crest Ford pavilion, Ford Motor Company luxury seats and on the lawn, visit 313Presents.com, LiveNation.com, Ticketmaster.com or The XFINITY Box Office at Little Caesars Arena.

Formed in Buffalo, NY during 1986 by John Rzeznik and Robby Takac, Goo Goo Dolls quietly broke records, contributed a string of staples to the American songbook, connected to millions of fans, and indelibly impacted popular music for three-plus decades. Beyond selling 12 million records worldwide, the group garnered four Grammy® Award nominations and seized a page in the history books by achieving 14 number one and Top 10 hits at Hot AC—"the most of any artist.” As a result, they hold the all-time radio record for “Most Top 10 Singles.” Among a string of hits, “Iris” clutched #1 on the Hot 100 for 18 straight weeks and would be named “#1 Top 40 Song of the Last 20 Years.” Thus far, A Boy Named Goo [1995] went double-platinum, Dizzy Up The Girl went quadruple-platinum, and Gutterflower [2002] and Let Love In [2006] both went gold as Something for the Rest of Us [2010] and Magnetic [2013] bowed in the Top 10 of the Billboard Top 200. 2016’s Boxes attracted the praise of People and Huffington Post as Noisey, Consequence of Sound, and more featured them. Their music has been covered by everyone from Taylor Swift to Leona Lewis. Among many accolades, John received the prestigious “Hal David Starlight Award” in 2008 as well.

Following a sold-out 2018 twentieth anniversary tour in celebration of Dizzy Up The Girl, Goo Goo Dolls wrote and recorded their twelfth full-length album, Miracle Pill [Warner Records]—ignited by the first single and title track “Miracle Pill” and kicking off a bold and bright new era in the process. Miracle Pill arrived on September 13, 2019 via Warner Records.