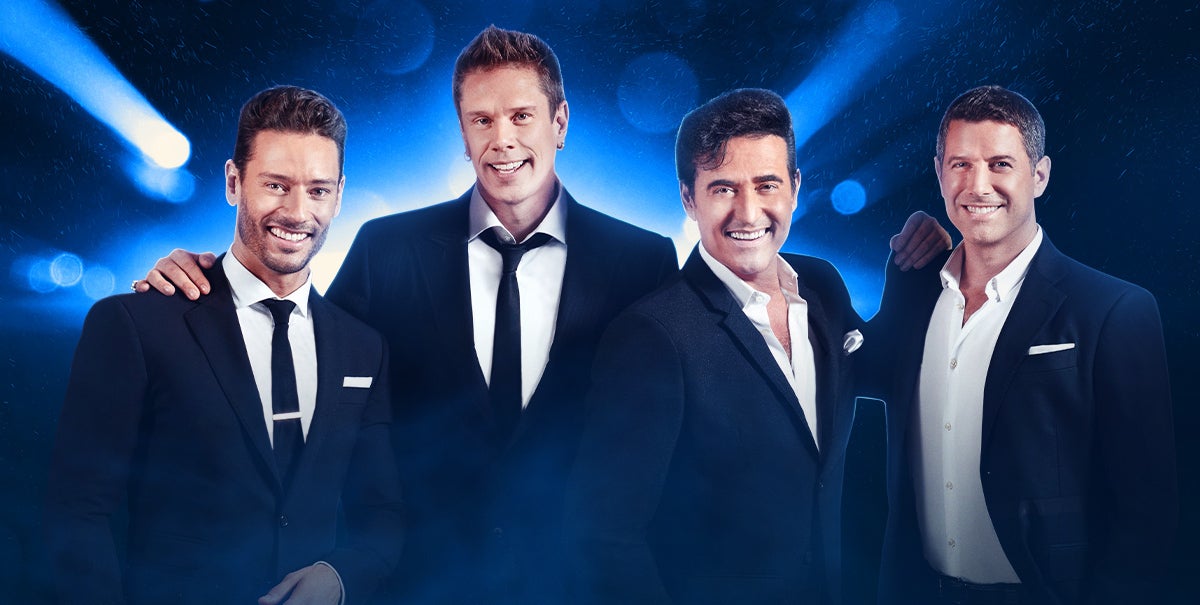 Il Divo scheduled at the Fox Theatre has rescheduled their show to Sunday, February 20, 2022 at 8 p.m. All purchased tickets will be honored on this new date. Il Divo looks forward to performing in 2022 and appreciates the support and understanding of their fans.

Ticket holders unable to attend the rescheduled date now have 30 days, or until Saturday, September 4, to request a refund at point of purchase.

Famed vocal superstars Il Divo (Spain’s Carlos Marin, America’s David Miller, France’s Sebastien Izambard, and Switzerland’s Urs Buhler) announce the U.S. leg of their “For Once In My Life Tour.” Produced by Nederlander Concerts, the 15-city U.S. leg will feature a dynamic live show celebrating Motown and filled with Il Divo’s hits from their vast catalog of songs with an incredible stage production.

“We are beyond excited to be creating a brand new world tour centered around our new album For Once In My Life. We have spent the last two years creating this album, which pays tribute to some of the greatest music in American pop-culture. And now, to finally be able to present our versions of these great songs to the world, and to get back onstage and sing them for live audiences... well it makes us feel very emotional. We have very much missed performing together and enjoying the connection with our audiences and our fans. We just can’t wait for opening night,” said David Miller, Il Divo.

The tour supports their 10th studio album, For Once In My Life: A Celebration Of Motown (Decca Gold), released on July 16. Il Divo’s celebratory collection of Motown classics include their distinctive take on chart-topping songs such as “I’ll Be There” (The Jackson 5), “For Once In My Life” (Stevie Wonder), and “Say You, Say Me” (Lionel Richie). Additionally, the quartet introduce brand new collaborations with superstar group Boyz II Men (“I’ll Make Love To You”), the legendary Smokey Robinson (“The Tracks Of My Tears”) and the peerless vocals of singer/songwriter Marvin Gaye (“Ain’t No Mountain High Enough”). The 10-track album truly showcases the quartet’s incredible vocal talents as they pay tribute to the legendary artists and label that has been a part of the musical fabric of America and the world for over 60 years. You can pre-order the album here.

Il Divo is the most commercially successful classical crossover group in international music history, which Il Divo still enjoys since they first banded together in 2003. With over 30 million albums sold, 160 gold and platinum albums in 33 countries to their credit Il Divo were the first Classical Crossover artists to have an album debut at #1 on Billboard’s Top 200 chart.