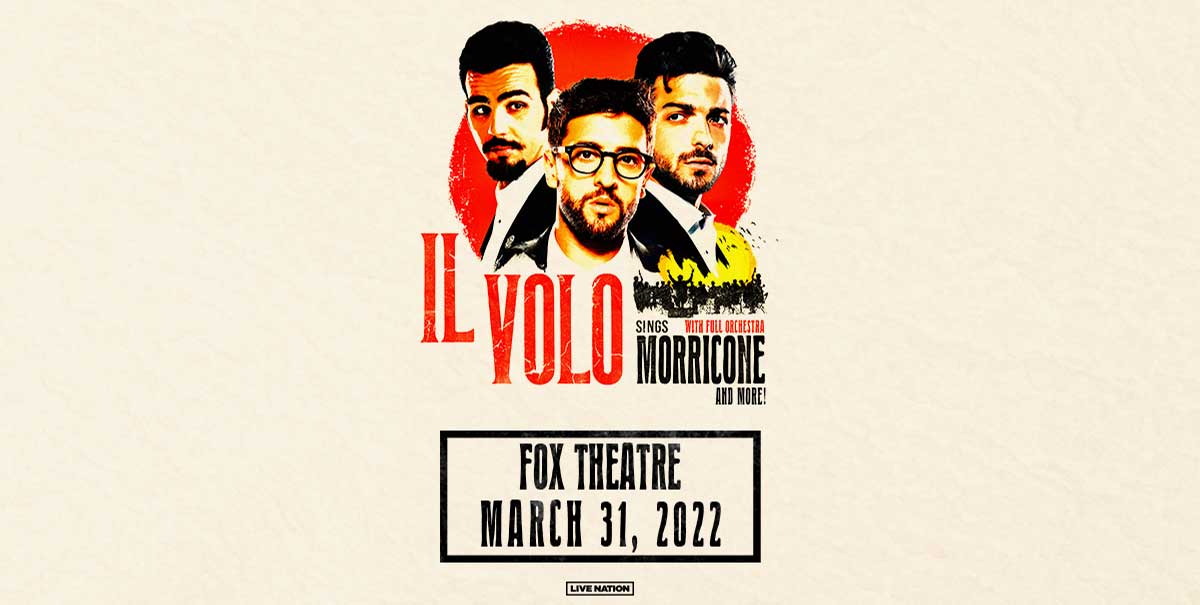 Superstar Italian trio II VOLO releases their highly anticipated new album Il Volo Sings Morricone (Sony Masterworks), available everywhere now. Endorsed by Ennio Morricone’s family, Il Volo Sings Morricone is a dedication to the beloved Maestro and an exciting journey through the art and music of one of the greatest composers of the 20th century. In support of the new album, the trio will head out on the road once again on a 25-date North American tour, including a stop at the Fox Theatre on Thursday, March 31, 2022 at 7:30 p.m. Additionally, the TV broadcast special, Il Volo: Tribute to Ennio Morricone, will make its premiere on PBS stations nationwide beginning November 27. Check your local listings for airdates & times here.