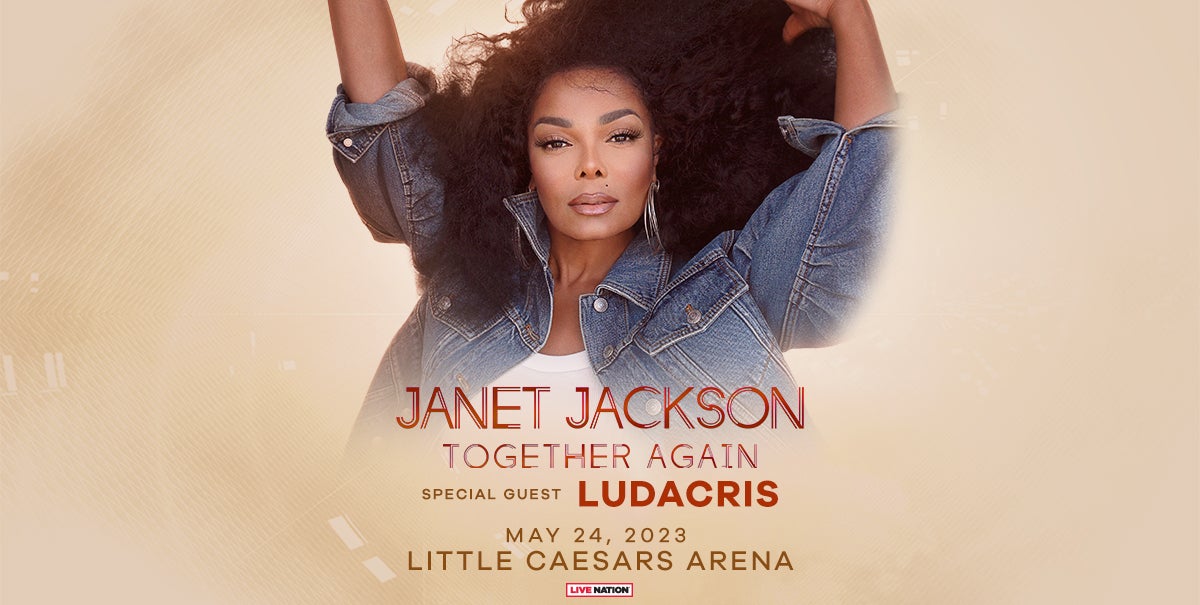 Ms. Jackson is back! The five-time Grammy®️ Award-winning Rock and Roll Hall of Fame®️ Inductee, Janet Jackson, announced her highly anticipated return to the road after four years with her ninth concert tour, “Together Again.” The tour will perform at Little Caesars Arena on Wednesday, May 24 at 8 p.m.

Produced by Live Nation, the 33-city tour will start spring 2023 visiting North American arenas and amphitheaters in Atlanta, New York, Toronto, and more; kicking-off in Hollywood, FL on April 14th at the Hard Rock Live and wrapping up in Seattle, WA on June 21st at the Climate Pledge Arena. In addition, 3x-Grammy® Award-winning recording artist and Fast and Furious actor, Ludacris will join Jackson on tour across all dates as a special guest.

The “Together Again” tour will offer everyone the long-awaited chance to reunite with Ms. Jackson in celebration of her 50th anniversary in entertainment and spotlight the milestones for two of Jackson’s most critically acclaimed albums - 25 years of The Velvet Rope, and 30 years of janet, featuring her biggest chart-topping hits, plus new music.