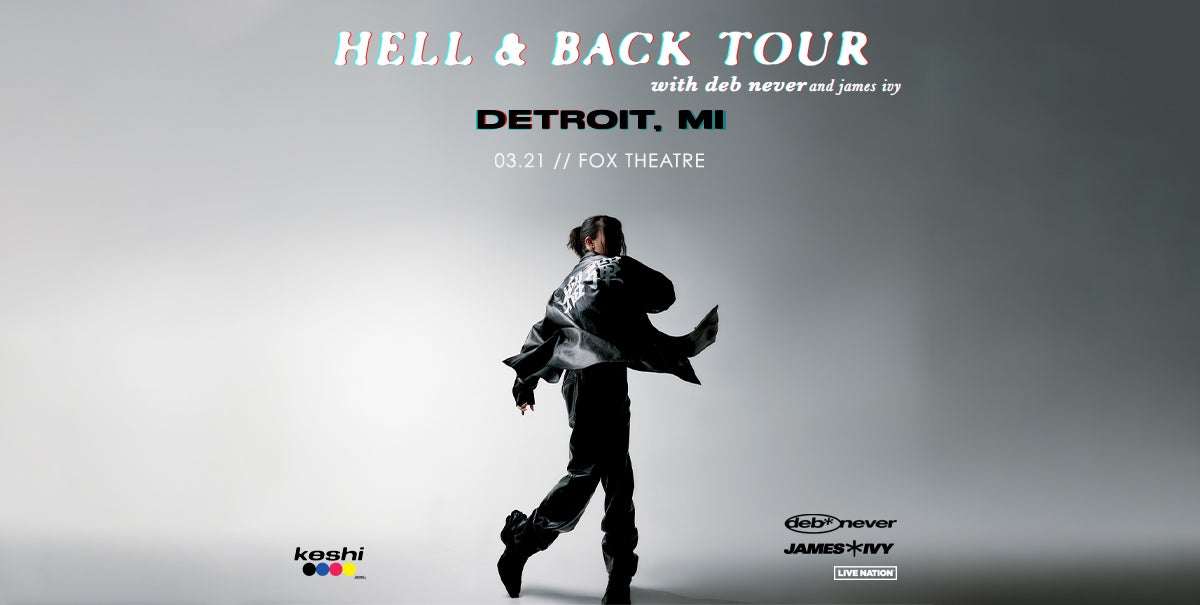 Today, multihyphenate artist keshi has announced “HELL & BACK,” his upcoming 2023 tour making stops in the UK, Europe, Canada, and the U.S. From January to April of 2023, keshi will be gracing stages across the globe to include a performance at the Fox Theatre on Tuesday, March 21, 2023 at 8 p.m.  Comerica Bank is the exclusive presenting partner of the Fox Theatre.

As keshi gears up for “HELL & BACK,” he continues to finish out a blockbuster year with the release of his magnum opus GABRIEL and his first sold out and headlining tour, “HELL / HEAVEN.” As he finishes the “HELL / HEAVEN” tour, keshi will be making stops in New Zealand, Australia, Indonesia, Singapore, Malaysia, South Korea, Japan, Philippines, and Taiwan starting this November.

GABRIEL, his debut studio album that was released earlier this year to praise from MTV, “GABRIEL is a raw and revealing portrait of the man behind the artist,” while NPR described it as, “On his debut album GABRIEL, keshi showcases a newfound confidence.” GABRIEL also received critical acclaim from Allure, Consequence, CLASH, Rolling Stone, and more.