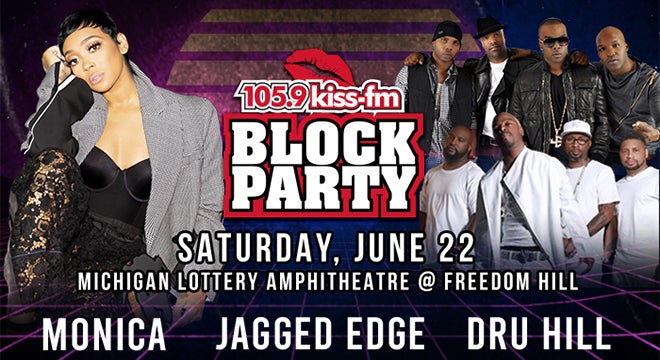 Monica is a multi-platinum Grammy® Award-winning artist, actress, philanthropist and entrepreneur. Her 1995 debut album Miss Thang included the hit singles “Don’t Take It Personal (Just One of Dem Days)” and “Before You Walk Out of My Life.” Monica’s sophomore album, The Boy Is Mine, garnered her pop success when she paired with Brandy to record the Rodney Jerkins-produced first single of the same name. Spending a record- breaking 13 weeks at #1 on the Billboard charts, the duet earned a Grammy® Award to add to Monica’s existing collection of American Music, Soul Train and Billboard Awards. The album boasted three more #1 hits “The First Night”, “Angel of Mine” and “For You I Will” (Space Jam Soundtrack). In 2003, Monica’s chart-topping success continued when her third album, After the Storm, debuted at #1 on Billboard’s Top 200 album chart and spawned her sixth #1 single “So Gone.” Monica’s follow-up album, The Makings of Me, entered at #1 on Billboard’s Top R&B/Hip-Hop Album chart and added yet another achievement to the songstress’ extraordinary career.

R&B group Jagged Edge consists of identical twin brothers Brandon and Brain Casey, Kyle Norman and Richard Wingo. Their first album, A Jagged Era, was released in 1998. The album went gold and produced the Top 20 R&B and Top 40 pop hit, “Gotta Be.” Their follow-up album, J.E Heartbreak, solidified JE’s place in R&B music history. With four hit singles, the album topped the R&B and Pop charts and sold over 2 million copies. The album is most famous for number one R&B hits such as “Let’s Get Married” and “Promise.” Jagged little Thrill was released in the summer of 2001. The Lead single “Where the Party At (featuring Nelly),” reached platinum status within 4 weeks and the group was nominated for their first Grammy® and resulted in their second multi-platinum album. Following these successes, the group released four additional albums and is poised to move into the next decade as a classic R&B quartet.

Dru Hill – SisQo, Nokio, Jazz, and Tao (pronounced tay-oh) – equate the perfect musical blend of soulful R&B, rock, hip-hop, and romance. The ultra-talented foursome are armed and ready to re-emerge into the industry and take the world by storm with their sold-out performances and fourth album InDRUpendence Day which harbors "Love MD" leading as its first single.