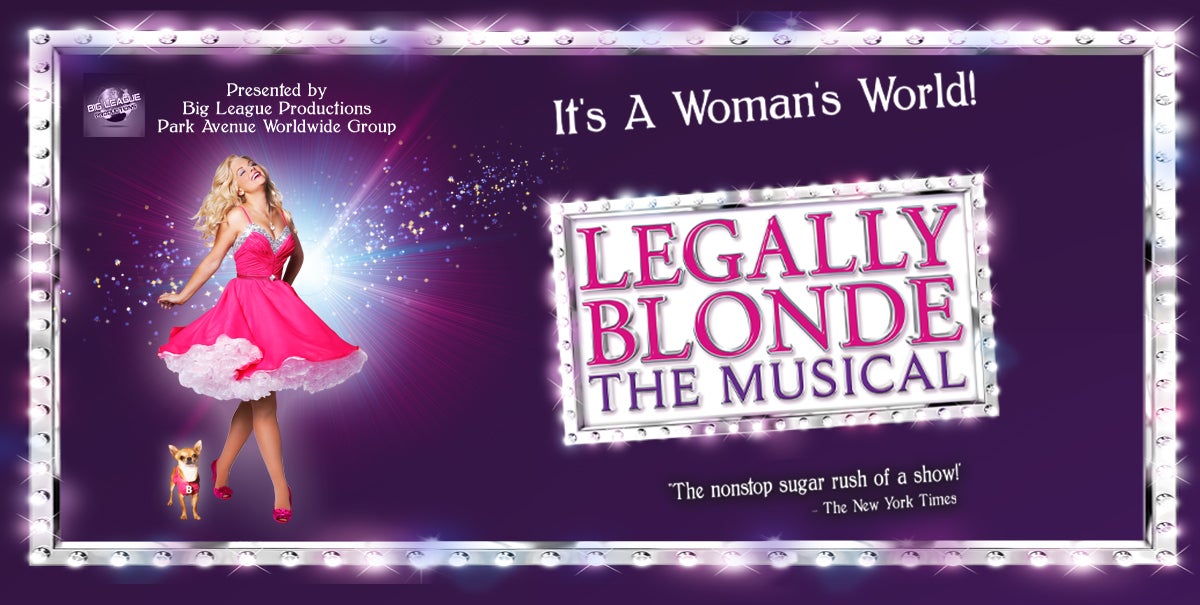 America’s favorite blonde, Elle Woods, is ready to prove who’s in charge (again) as Legally Blonde - The Musical comes to the Fox Theatre for two performances on Sunday, April 2, 2023 at 3 p.m. and 7:30 p.m. as part of the 2022-23 Fox Theatre Series presented by Comerica Bank. The ultimate Broadway tribute to girl power, Legally Blonde will take you from the UCLA sorority house to the Harvard halls of justice with the timely coming of age story of Broadway’s brightest heroine.

Based on the beloved movie, Legally Blonde follows the transformation of Elle Woods as she tackles stereotypes, sexism, snobbery and scandal in pursuit of her dreams, and proves that you can be BOTH legally blonde AND the smartest person in the room.

Elle Woods appears to have it all. Her life is turned upside down, however, when her boyfriend dumps her so he can start getting more serious about his life and attend Harvard Law. Determined to get him back, Elle uses her ingenuity and charm to get into Harvard too. School begins with endless struggles, but with the help of her new friends, Elle quickly realizes her potential, and her true assets, as she sets out to prove herself to the world and make everyone a believer. This contemporary, sassy musical moves at a breakneck pace driven by memorable songs and explosive dances. Legally Blonde warms the heart by proving that self-discovery never goes out of style!

The 2022-2023 National Tour of Legally Blonde is produced by Daniel Sher of Big League Productions, Inc. The musical is directed by Jeff Moss, with choreography by Bob Richard. Set design is by Randel Wright, lighting by Kirk Bookman, costumes by Derek Lockwood, video design by Jon Infante, and casting by Alison Franck.

Led by President and Executive Producer Dan Sher, Big League is celebrating its 29th season of producing, general managing and booking Broadway musicals and special attractions for touring throughout North America and the world. For more information visit www.BigLeague.org.