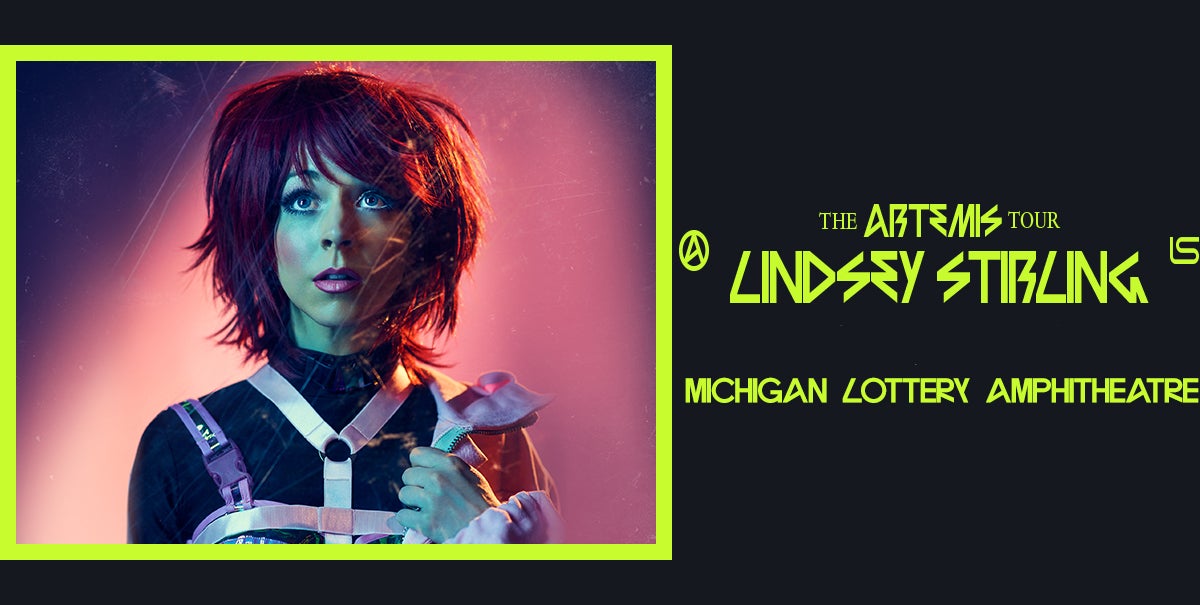 Lindsey Stirling’s tour date at Michigan Lottery Amphitheatre on August 13, 2020 has been rescheduled to Thursday, August 12, 2021.

Award-winning violinist and dancer Lindsey Stirling will hit the road this summer in support of her ARTEMIS album. Produced by Live Nation, the 36-city tour will include a stop at Michigan Lottery Amphitheatre. Stirling will bring an all new production to audiences.

Special VIP packages will be available on the North American tour, including limited Meet & Greet Experiences, an invitation to Lindsey’s World - a pre-show party where Lindsey will share her experiences in life and music - a chance to see an exhibit of Lindsey’s costumes and memorabilia, and much more. VIP details here.