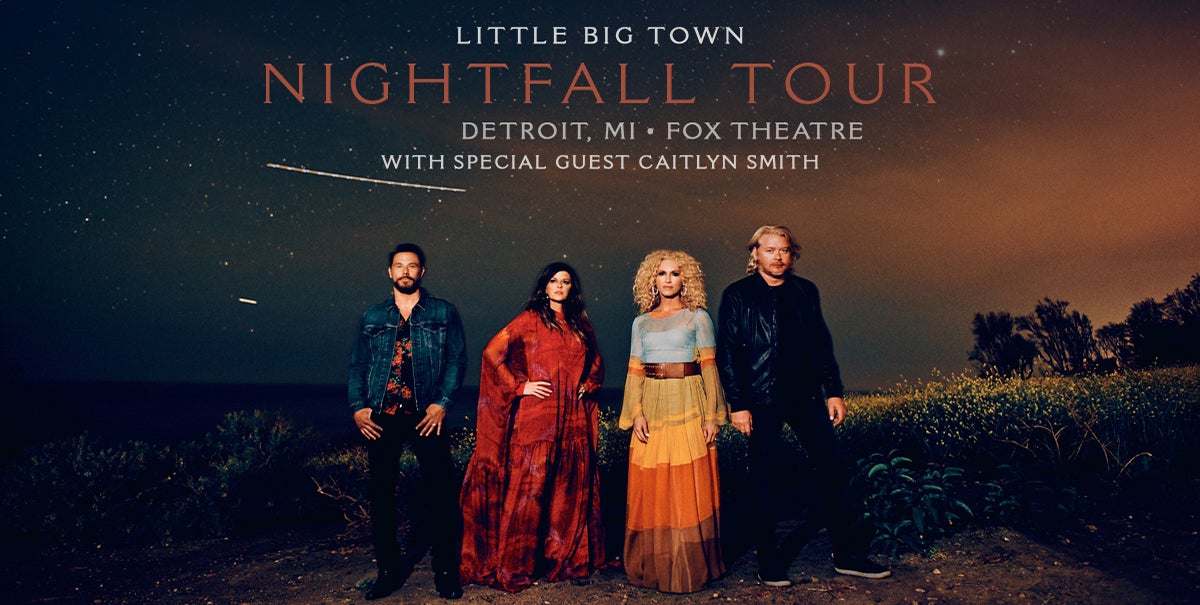 Little Big Town’s “The Nightfall Tour,” scheduled for Thursday, October 1 at the Fox Theatre, has been postponed.

A new date will be announced soon. Tickets purchased for the previously scheduled March 12, 2020 and October 1, 2020 dates will be honored for the rescheduled performance.

The foursome’s new album will drop January 17, 2020 succeeding a once-in-a-lifetime performance at the historic Carnegie Hall in New York City on January 16, 2020. This is the first mainstream country performance featured at Carnegie Hall since Alan Jackson in 2013.

The tour will continue the following two nights at The Apollo and will proceed all spring in over 30 of the most prestigious theaters in the country, closing with two nights at Denver’s art deco gem, The Paramount.

Listen to the new song “Over Drinking”

The single, written by Jesse Frasure, Cary Barlowe, Hillary Lindsey, Ashley Gorley, and Steph Jones is the first official single off of Nightfall and features Fairchild on lead with the band’s signature vocal harmonies woven throughout.