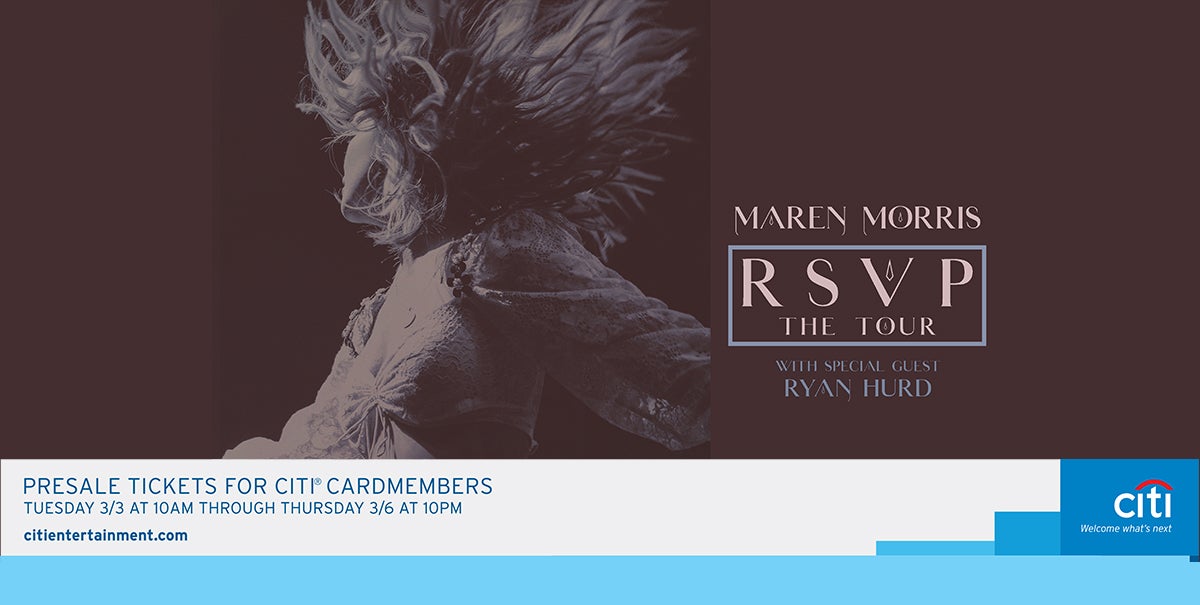 Grammy®-winning artist Maren Morris will embark on “RSVP: The Tour” throughout North America, including a stop at Michigan Lottery Amphitheatre as part of the Fifth Third Bank Concert Series on Thursday, August 27 at 7 p.m. Ryan Hurd will provide support for the local date.

2019 was a monumental year for the singer songwriter who took home Album of the Year at the 53rd Annual Country Music Association Awards, where she was the most nominated artist. Her record shattering album GIRL continues to receive widespread critical praise—Variety hailed it as “the best as well as most important mainstream country-star album of the year.” GIRL was also featured amongst the Best of 2019 by Rolling Stone, Billboard, Esquire, GQ, People, Vice, Paste, Stereogum and Uproxx.

Citi is the official credit card of the tour. As such, Citi cardmembers will have access to purchase presale tickets beginning Tuesday, March 3 at 10 a.m. local time until Thursday, March 5 at 10 p.m. local time through Citi Entertainment®. For complete presale details visit www.citientertainment.com.