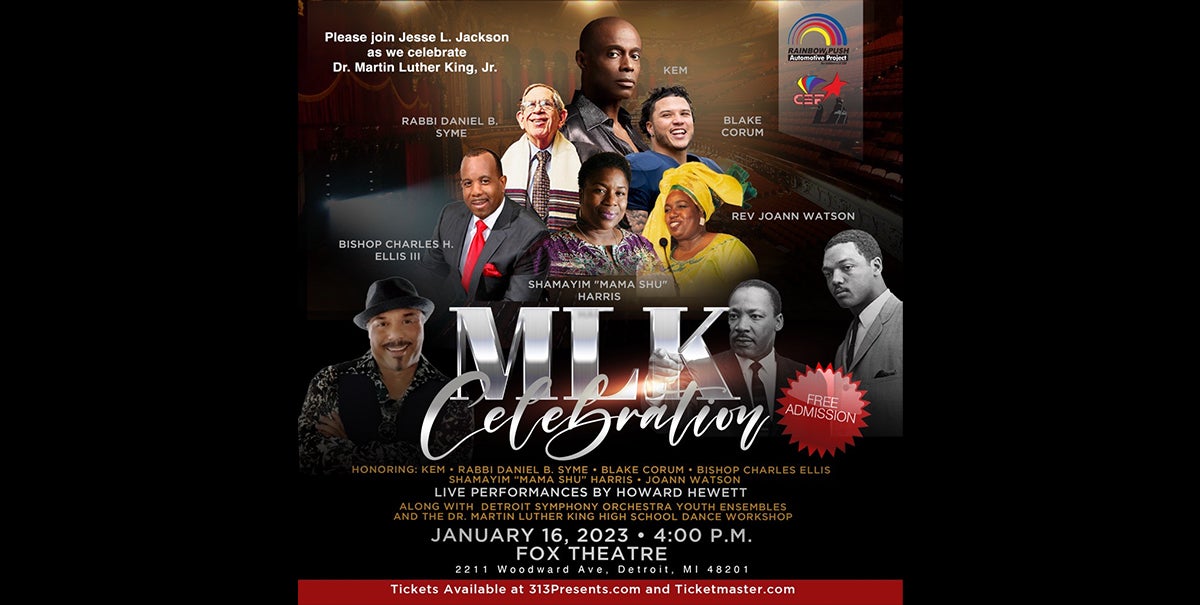 The recipients include Rabbi Daniel Syme, emeritus leader of Temple Beth El and Bishop Charles Ellis, III, senior pastor of Greater Grace Temple, with both receiving the Theological Leadership Award for their spiritual guidance and love of humanity; Rev. JoAnn Watson, associate pastor of West Side Unity Church and former executive director of Detroit Branch NAACP will receive the Social Justice Award for her long-time activism; and Shamayim “Mama Shu“ Harris, a Highland Park advocate for the forgotten, will receive the Humanitarian Award for her community compassion through numerous social programs.

Blake Corum, the phenomenal running back of the University of Michigan will receive with the inaugural Collegiate Social Service Award for his contributions off the gridiron through the Giving Back 2 Give Thanks program in underserved communities. Corum used personal NIL funds to purchase turkeys in Ypsilanti.

Kem, Detroit’s iconic vocalist will be lauded for his commitment in bringing awareness to homelessness. “As an unlikely member of this fraught community, he penned “It’s a Matter of Time,” and juxtaposed the homeless mission on Mack and Third to front street. He fed the homeless and raised funds for that community,” said Reverend Jesse Jackson, Sr, founder and president of Rainbow Push Coalition. “We felt that it was a matter of time that we honor him. We are so glad that Kem found his way home. He has touched so many and we love him dearly.”

Chairman John Graves summarized Kem’s life through the artistic prism of Richard Ellison’s novel, Invisible Man who wrote, “I am invisible, understand, simply because people refuse to see me.”  Through Kem’s music, he persuaded society to look at homelessness through an impartial lens, and we are better because of it.”

In the spirit of Dr. King, Pastor Solomon Kinloch of Triumph Church will deliver an opening message at this year’s celebration.  Through his spiritually-based ministry, he pastors the fastest growing church in Michigan.

“Detroit has always had a special place in our collective long walk to equity and justice,” added Jackson, “in spite of Dr. King’s death, his truths are still marching on.”