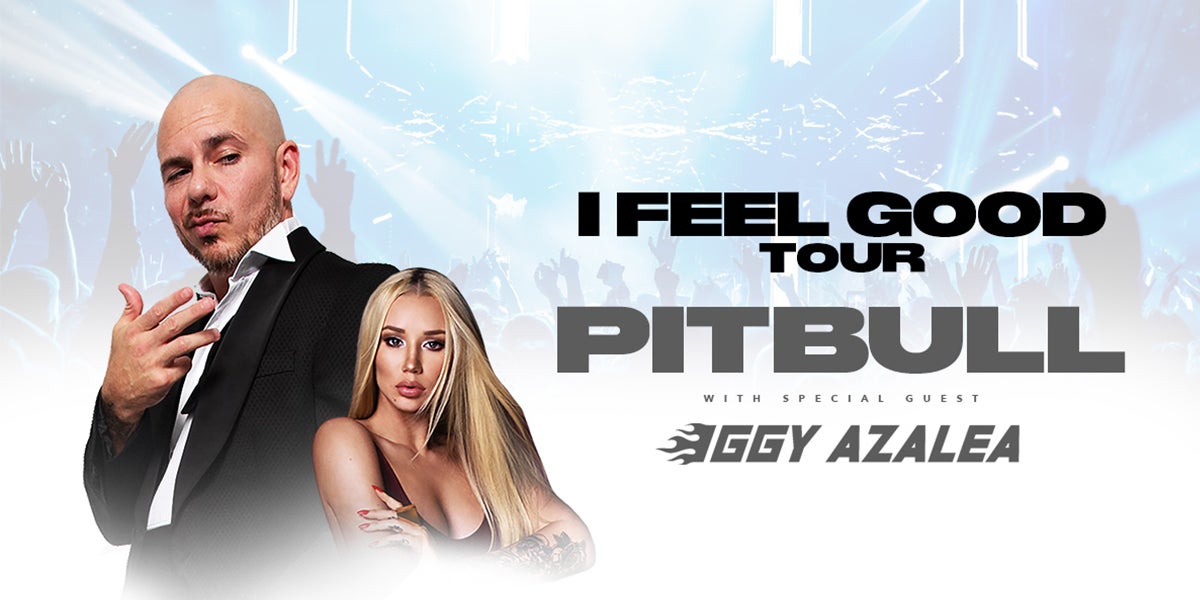 One of the most dynamic performers of this era, Mr. Worldwide aka Pitbull, is set to take over stages across North America for the first time in nearly two years on the “I Feel Good Tour.” The global superstar will once again pull out all of the stops as he delivers a set loaded with instantly recognizable smashes and surprises. In addition, he’ll be performing new music from his forthcoming English album on stage for the very first time. Produced by Live Nation, the 32-city tour kicks off at DTE Energy Music Theatre on Friday, August 20, 2021 at 8 p.m. Please note: Strobe lights will be used throughout this event.

The tour makes stops across the U.S. in Chicago, Virginia Beach, Houston, Las Vegas, Los Angeles, Atlanta and more before wrapping up in Tampa, FL at MIDFLORIDA Credit Union Amphitheatre on October 13.

Pitbull recently teased what fans can expect when he hits the road in interviews with Billboard and Associated Press. The news continues yet another banner year for Mr. Worldwide. In 2021, he notably became an ownership partner of NASCAR team Trackhouse Racing and linked up with Farruko, IamChino, El Alfa, and Omar Courtz on the collaborative banger “Ten Cuidado”—which has already amassed over 25 million streams and counting.

His 12th studio album and second for his own Mr. 305 Records drops later this year.

Stay tuned for a whole lot more from Pitbull soon. Get ready to feel good when he rolls through your town!