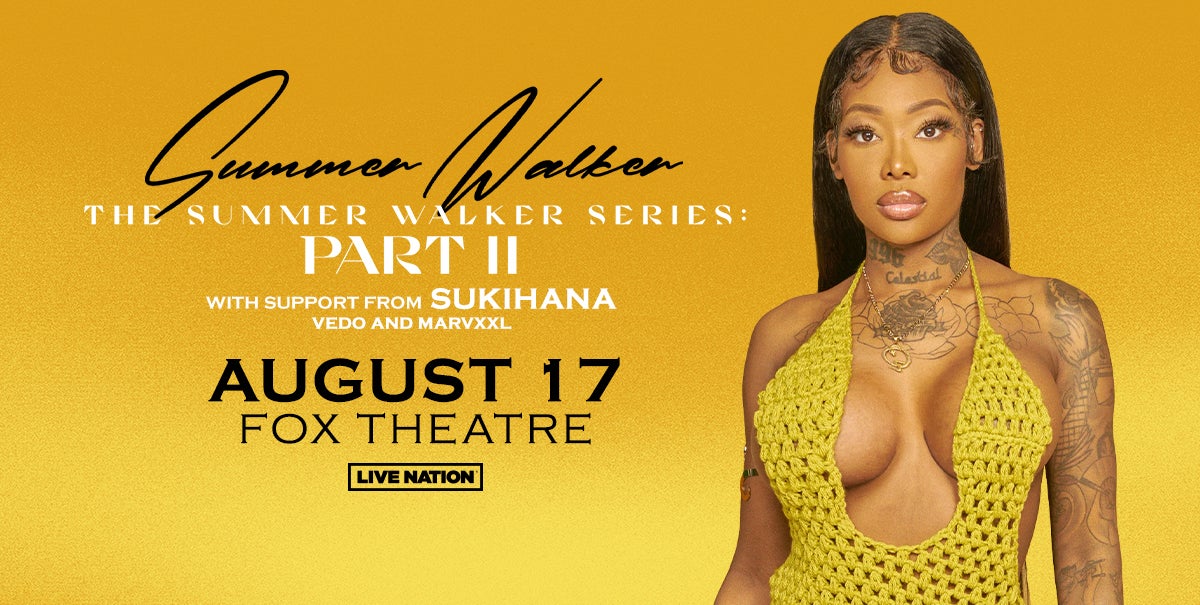 In 2018, Atlanta-based singer/songwriter Summer Walker (LVRN/Interscope Records) arrived on the scene with her emotive single “Girls Need Love.” After the first listen, the young singer left listeners enthralled by her ethereal vocals and searing honesty. The song became an instant success, going triple-platinum and earning the remix treatment from music icon Drake.

Walker's stardom crescendoed when she released her debut album Over It in 2019. With a fistful of singles at her disposal, including “Playing Games” [2X Platinum] feat. Bryson Tiller and “Come Thru” [1X Platinum] with Usher, Walker evolved into a significant player in the R&B circuit by carving out an outstanding effort for the genre. Associated Press voted the acclaimed project No. 2 on their Top 50 albums list of 2019.

Walker has racked up numerous accolades because of her scorching run with Over It, including two Soul Train Music Awards in 2019 and 2020 for Best New Artist and Album of the Year, respectively. In 2020, she won an iHeart Music Award for Best New R&B Artist and Top R&B Female Artist for Billboard that same year. “Come Thru” and “Playing Games” helped Walker win several ASCAP Awards as well. Last year, she also graced several illustrious magazine covers, including Rolling Stone’s Musicians on Musicians issue, Billboard’s R&B/Hip-Hop Power Players issue.

She also treated fans to her Life on Earth EP, which debuted at No. 8 on the Billboard 200. In December 2020, she launched her new imprint Ghetto Earth Records in a joint venture with Interscope Records. The first artist she signed was singer/songwriter NO1-NOAH.

Summer upped the ante with her lauded sophomore album Still Over It. Tacked with starry features from SZA, Ari Lennox, and more, the R&B neophyte landed her first Billboard 200 No. 1 album by 166,000 album-equivalent units. Summer’s volcanic debut broke the record for the highest one-week streams by a female R&B act, with 201 million song streams in its opening week. Still Over It was also the first album by a female R&B singer to debut at No. 1 since Solange’s A Seat at the Table in 2016.

Accolades poured down for the perennial star as she landed magazine covers for Spin, Sniffers, and NME. Summer was also awarded Chartbreaker for Billboard’s Woman in Music celebrations.