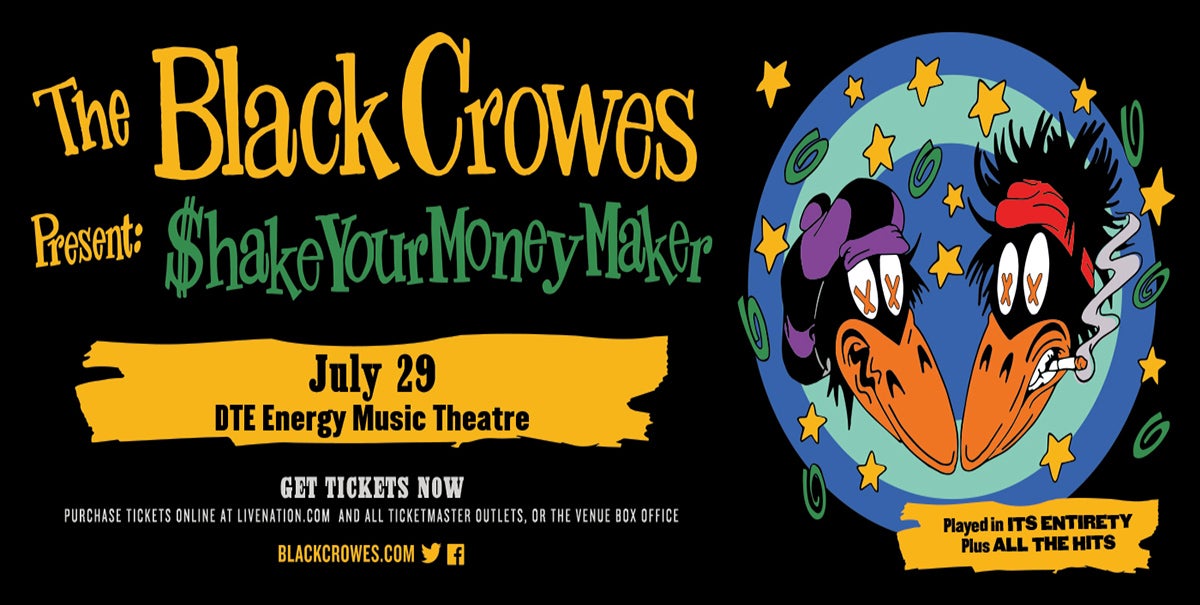 The Black Crowes’ Chris and Rich Robinson will herald the thirty-year anniversary of their landmark quintuple platinum debut album Shake Your Money Maker with a world tour.

The band will play two intimate shows, first at the Bowery Ballroom in New York City this evening, followed by the Troubadour in Los Angeles on November 14. More info about tickets will be shared on @theblackcrowes Instagram page. The Black Crowes, which Melody Maker proclaimed as “the most Rock n’ Roll Rock n’ Roll band in the world” will be playing their debut, described by Rolling Stone as, “a guitar-party cracker that marries Southern R&B crunch and Anglo cock-strutting attitude” in its entirety plus all the hits from the band’s illustrious catalogue. The ever-volatile Robinson brothers have not played a show since 2013 when they vowed never to play or speak together again. Thankfully for fans, times seems to have healed these wounds.