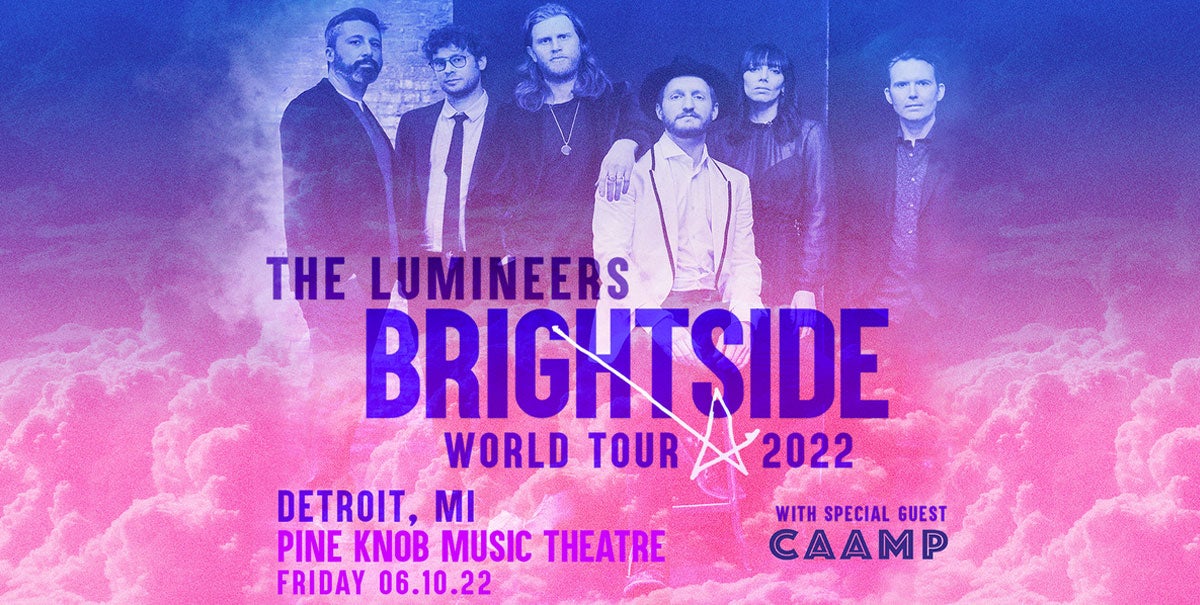 After successfully creating the world’s first major climate positive tour in 2020, The Lumineers are proud to continue their partnership with environmental non-profit REVERB.org, on this year’s tour. The band has committed to a comprehensive climate action program via REVERB’s Music Climate Revolution campaign, which, in addition to reducing the tour’s environmental footprint and engaging fans to take action at the shows, will support projects that directly and measurably eliminate greenhouse gases while benefitting diverse global communities. These efforts will make the tour climate positive; eliminating significantly more greenhouse gas pollution than the tour emits including fan travel to and from shows.

The Lumineers will once again partner with On Location & CID Entertainment to offer packages that bundle a premium reserved ticket with an invitation to the BRIGHTSIDE pre-show lounge, an exclusive gift bag and more. For full details, visit: www.cidentertainment.com/events/the-lumineers-tour.

The “BRIGHTSIDE World Tour” celebrates the recent arrival of the Lumineers’ eagerly anticipated new album, BRIGHTSIDE, , available now via Dualtone in the U.S. & Canada and Decca Records for the rest of the world. The 2x Grammy® Award-nominated band’s fourth studio album, BRIGHTSIDE includes such new favorites as “A.M. RADIO,” “BIG SHOT,” “WHERE WE ARE,” and the chart-topping first single and title track, “BRIGHTSIDE,” all joined by official music videos streaming now at YouTube. “BRIGHTSIDE” recently made history by ascending to #1 on Billboard’s “Alternative National Airplay” and “Adult Alternative Airplay” charts – the band’s sixth time atop the latter ranking in less than 10 years. The Lumineers now boast the most #1 singles among all acts on that chart in the span since achieving their first AAA chart-topper in 2012.

The Lumineers’ most joyous and spontaneous piece of work thus far, BRIGHTSIDE has been met by immediate critical applause around the world:

“Every track has at least one super grabby hook…It demanded my attention. Beautiful and effecting wistfulness.” – NPR

“The easy melodic hooks that drew fans to The Lumineers in the first place remain, but the combination of stronger material and looser performances make for a strong fourth outing.” – ALLMUSIC (4/5)

“Schultz and Fraites are masters of storytelling… What separates BRIGHTSIDE from albums past is a raw quality, like sitting in on a jam session. Strings are sparse, instead relying on piano, percussion and guitar to carry the record. Songs like the stripped down ‘A.M. RADIO’ with its acoustic guitar lead in have a simplicity that allow the craftsmanship to shine.” – ASSOCIATED PRESS

“Its upbeat feel and finely wrought prettiness will satisfy Luministas for sure.” – ROLLING STONE

“As spring rolls round eventually and the days slowly get brighter, I can see myself reaching for this record: The Lumineers seem to have a way of always being calming yet never borrowing, with vocals unique enough to keep intrigue and instrumentals just lively enough to regularly respark your attention.” – GIGWISE

“A sweet slice of Americana that will get right under your skin…Rootsy, heartfelt yet understated, The Lumineers hold lyrical intelligence, emotional introspection, analogue instrumentation and old-fashioned flaws-and-all musicianship to be of higher value than trendy production or sonic effects.” – THE TELEGRAPH (4/5)

The Lumineers are represented by Wasserman Music and Activist Artists Management.