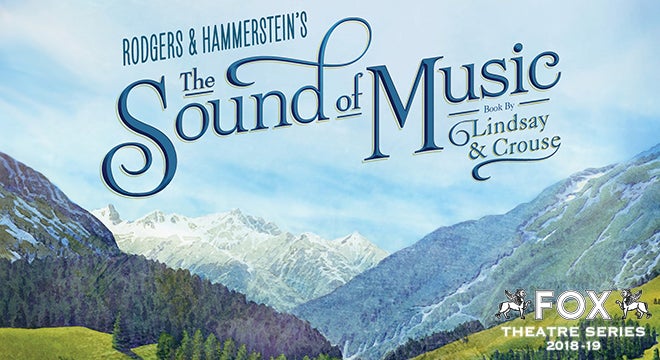 The Sound Of Music features music by Richard Rodgers, lyrics by Oscar Hammerstein II, book by Howard Lindsay and Russel Crouse, suggested by The Trapp Family Singers by Maria Augusta Trapp. The beloved musical story of Maria and the von Trapp Family will once again thrill audiences with its Tony®, Grammy® and Academy Award®–winning Best Score, including “My Favorite Things,” “Edelweiss” and the title song.

The Sound Of Music enjoyed extraordinary success as a live television production when “The Sound of Music Live!” aired on NBC in December, 2013 and was seen by over 44 million people. 2015 marked the 50th anniversary of the film version, which continues to be the most successful movie musical in history.

In the words of Ted Chapin, President of Rodgers & Hammerstein, “I waited for a moment when we could rediscover The Sound Of Music as it was originally created. Because of the enormous success of the film, few were aware that it started life as a hit Broadway show—and a very big hit at that! The artists behind this production embraced what the authors wrote, looked at it all through modern eyes and, in so doing, found depth and resonance that has been recognized by critics and audiences across the country. It's like visiting an old friend but finding yourself surprised as well. It's also a reminder of why this show is such an evergreen."

Discounts are available for groups of 10 or more. For more information on group sales, call 313.471.3099, email [email protected] or CLICK HERE to complete our interest form.

Discounts are available for groups of 10 or more. For more information on group sales, call 313.471.3099, email [email protected] or CLICK HERE to complete our interest form.