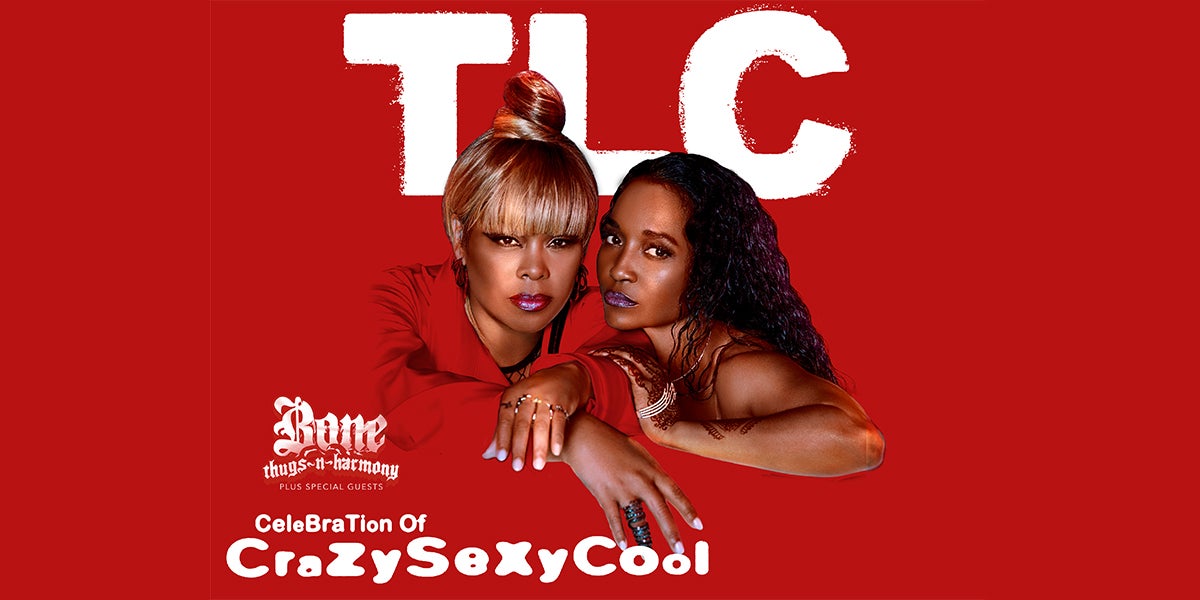 Chilli states, “I'm so excited for this tour because we've been talking about doing something special for CrazySexyCool for years and FINALLY, we get to do it! This is the album that truly put us on the map and showed the world who we really are. So, this will be quite the celebration!”

CrazySexyCool is TLC’s second studio album that featured the #1 singles “Waterfalls” and “Creep” and received a Diamond certification from the RIAA.

With over 85 million records sold worldwide, TLC is not only the best-selling American girl group of all time; with four Grammy® Awards, four multi-platinum albums (two of which went Diamond), four number one singles and 10 Top 10 singles, theirs is an influence – across pop, hip-hop, R&B, fashion and female empowerment – which defines generations. In 2017, TLC released a self-titled album, their first in over 15 years which hit #1 on Billboard’s Independent Album Chart.

A two-hour documentary special Biography: TLC will premiere on A&E in 2022. The special will chronicle the group’s powerful, emotional journey and their survival against all odds as T-Boz and Chilli tell their story for the first time in a feature documentary. The special will be directed by Matt Kay. Executive-produced by Academy Award-winning and Emmy Award-Winning director Roger Ross Williams (The Apollo) and his production company with Emmy Award-winning producer Geoff Martz, One Story Up.