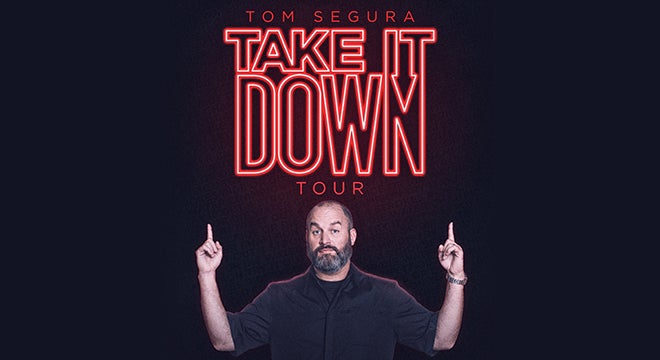 PLEASE NOTE: There is a strict no cell phone policy at this event. This includes texting, talking on your phone and taking photos/videos of any kind. Any guest caught utilizing their cell phone in the theatre will be asked to leave the building. There will be no warnings or refunds given. Thank you for respecting the tour's cell phone policy.

Segura has quickly become one of Hollywood’s most in demand and highly regarded talents. He is best known for his three Netflix specials, Disgraceful (2018), Mostly Stories (2016) and Completely Normal (2014). Paste Magazine described him as, “...having a natural and capable storytelling ability, one that lifts his narratives out of average anecdote fare and plants them firmly in hilarious ground.” Additionally, his hit podcast Your Mom’s House which he co-hosts with his wife, comedian Christina Pazsitzky, was a finalist for Best Comedy Podcast at the Stitcher Awards and profiled by VICE.

Tickets can be purchased at Livenation.com, the Fox Theatre Box Office and the Little Caesars Arena XFINITY Box Office (both without service charge) and Ticketmaster.com.