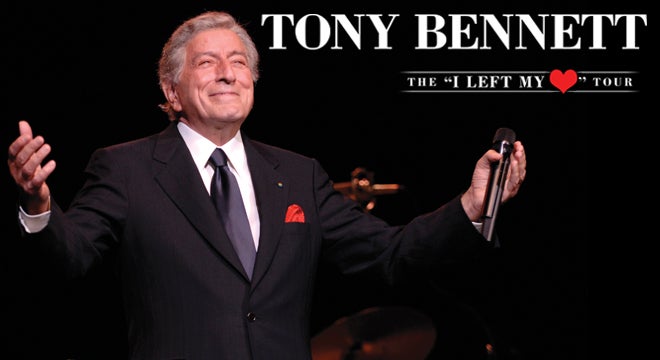 The legendary Tony Bennett returns for a performance at the Fox Theatre in The District Detroit on Thursday, May 23 at 8 p.m.

Tony Bennett’s life and philosophy is the embodiment of the Great American Story. His career as the pre-eminent singer of the 20th and 21st centuries is unprecedented. With worldwide record sales in the millions, and dozens of platinum and gold albums to his credit, Tony Bennett is a musician who touches the hearts and souls of audiences with his legendary vocals and charming stage presence. His long list of achievements, spanning over 60 years, includes nineteen Grammy® Awards, including the prestigious Grammy® Lifetime Achievement Award, making this artist a true international treasure.  His signature tunes, such as “Steppin’ Out With My Baby” and “I Left My Heart In San Francisco” form part of the fabric of American music culture.