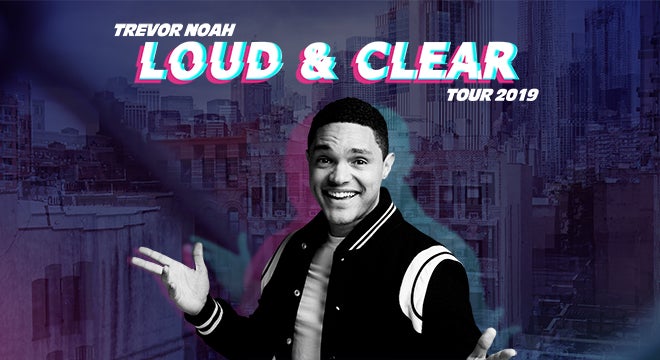 In anticipation of construction on southbound I-75 and increased traffic throughout The District Detroit due to a sold-out P!NK concert at Little Caesars Arena and comedian Trevor Noah’s two performances at the Fox Theatre on Friday, April 26, 313 Presents is strongly advising guests to arrive early and secure advanced parking online through ParkDistrictDetroit.com.

The Daily Show host is known around the world for his insightful and authentic take on politics and current events. Born in South Africa during the end of apartheid, he often shares incisive social and political commentary on his Comedy Central The Daily Show platform and through his various stand-up specials and writing.  In 2016, Trevor released his first book Born a Crime: Stories from a South African Childhood, which became an instant New York Times bestseller.

Tickets can be purchased at LiveNation.com, the Fox Theatre and Little Caesars Arena XFINITY box offices and Ticketmaster.com.