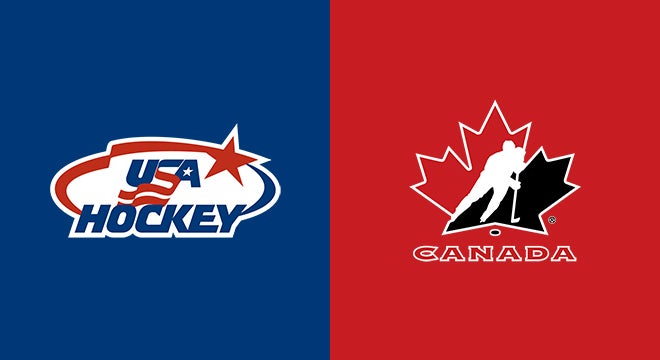 USA Hockey, in conjunction with Hockey Canada, announced today that one of the greatest rivalries in sports will renew when the women’s national teams from the U.S. and Canada clash in a three-game series February 12-17, 2019.

Little Caesars Arena in Detroit will host the final game of the series as part of Hockey Week Across America on Sunday, Feb. 17, with opening faceoff set for 12 noon ET.

"It's great to bring the excitement of the U.S.-Canada rivalry to Detroit, a city with such a rich hockey history," said Pat Kelleher, executive director of USA Hockey. "When our teams meet, the speed, the skill and the passion on display are really unparalleled.

"One of our objectives is to ensure that this game is affordable for families so that as many people as possible have the chance to experience this great rivalry in person."

The two nations met in what became perhaps the greatest spectacle of the 2018 Olympic Winter Games in PyeongChang last February when the U.S. secured a thrilling overtime victory in the gold-medal game, which was decided in the sixth round of a shootout after an “electrifying” goal by Jocelyne Lamoureux-Davidson and subsequent save by U.S. netminder Maddie Rooney.

The most recent game between the two countries was also won by the U.S., that a 5-2 triumph in the championship game of the Four Nations Cup on Nov. 10 in Saskatoon, Saskatchewan.

Tickets can be purchased at the Fox Theatre Box Office and the Little Caesars Arena XFINITY Box Office (both without service charge) and Ticketmaster.com. To purchase tickets by phone, call 800-745-3000

Special discounts and block seating are available for groups of 10 or more. For more information on group tickets, call 313-471-7575 or CLICK HERE to complete our interest form. Our Ticket Sales Executives are available Monday - Friday from 9 a.m. - 5:00 p.m.

Special discounts and block seating are available for groups of 10 or more. For more information on group tickets, call 313-471-7575 or CLICK HERE to complete our interest form. Our Ticket Sales Executives are available Monday - Friday from 9 a.m.- 5:00 p.m.