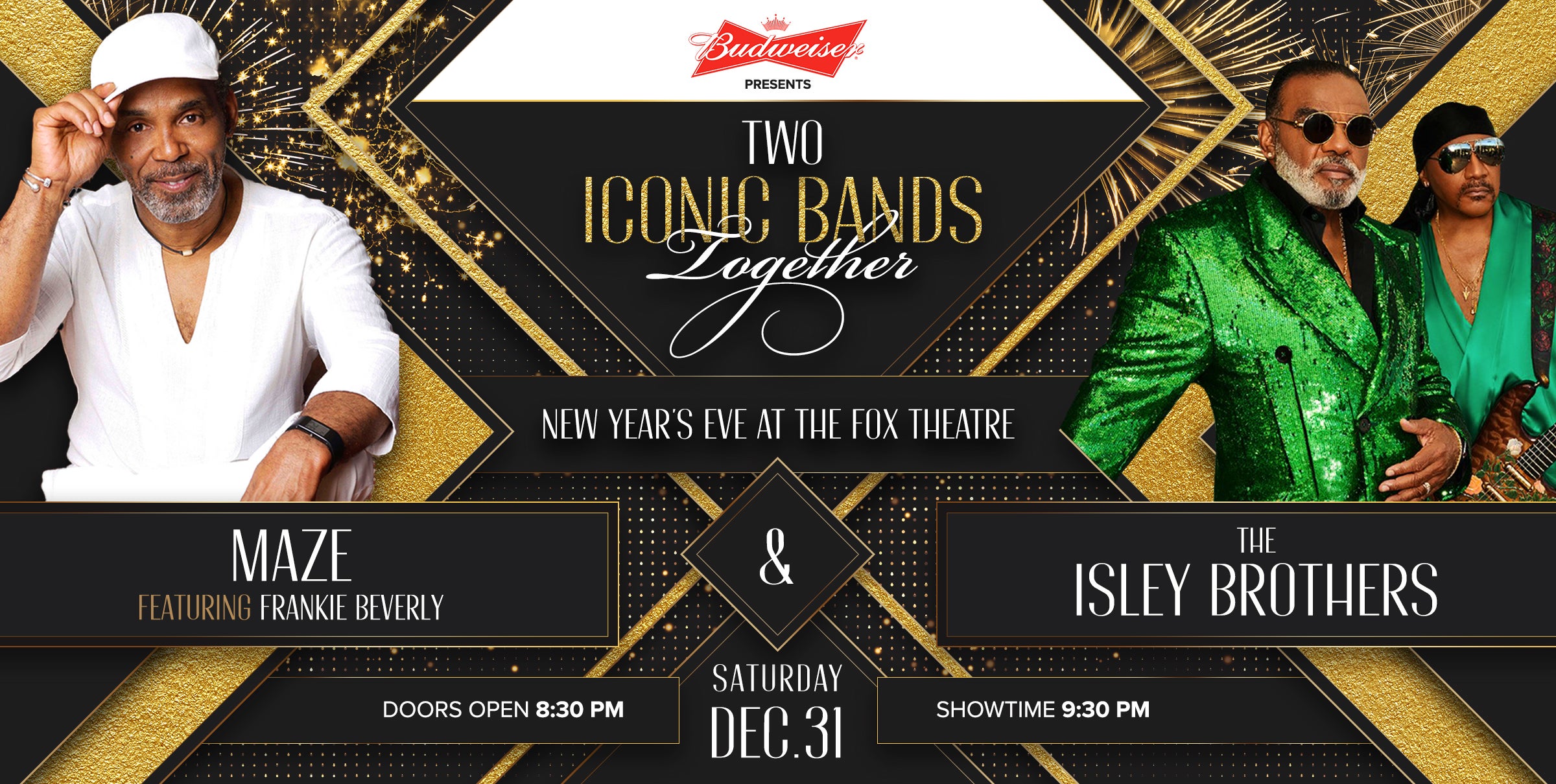 Fans will be treated to an evening of honest, raw R&B music as Budweiser presents Maze featuring Frankie Beverly & The Isley Brothers at the Fox Theatre for a special New Year’s Eve performance on Saturday, December 31 at 9:30 p.m. Comerica Bank is the exclusive presenting partner of the Fox Theatre.