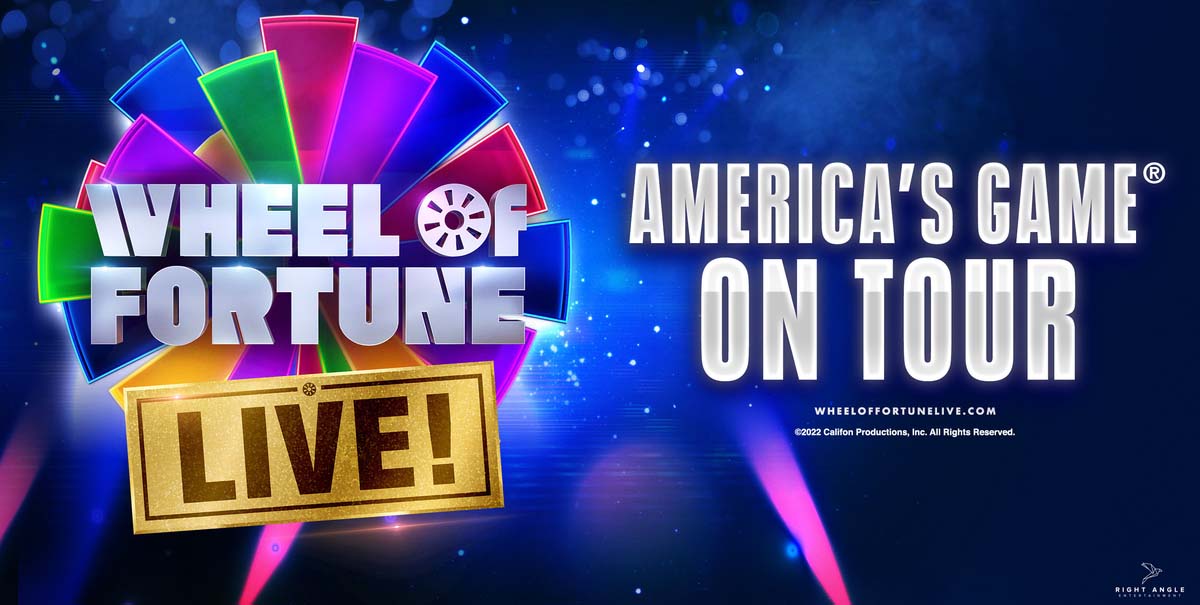 Wheel of Fortune LIVE!, an all-new theatrical experience, is going on tour across North America and is headed to the Fox Theatre on Saturday, October 22 at 7:30 p.m. The all-new live stage show, produced by Right Angle Entertainment in partnership with Sony Pictures Television and UTA, is the one-and-only way fans can experience America’s Game® in person outside of Sony Pictures Studios. Comerica Bank is the exclusive presenting partner of the Fox Theatre.

One of the greatest game shows of all time wants to give more fans a chance to win at Wheel of Fortune LIVE! Guests can audition to go on stage and feel like they stepped into the game show itself. They will have the chance to spin a replica of the iconic Wheel and solve the puzzles on the tour’s puzzle-board to win fantastic prizes including $10,000, a trip to Paris, Hawaii and more at every show. Additionally, audience members will get in on the fun with the chance to be randomly selected to win cash and prizes.

“This partnership with Right Angle presents an opportunity to expand our reach to give more people a live experience as close to being on the televised show as you can get without actually being in the studio,” said Suzanne Prete, Executive Vice President, Game Shows for Sony Pictures Television. “We look forward to providing this incredible local immersive experience to people who might not otherwise make it out to Los Angeles to be on the set with Pat and Vanna.”

“Partnering with Sony to take America’s Game on the tour is an honor for Right Angle.” stated Right Angle Entertainment co-Founder, Justin Sudds. “This game has a fan base that spans generations and we can’t wait to bring it to theaters across North America giving fans the chance to live the dream of spinning the Wheel and winning big live on stage!”

Hosts for the tour will be announced in the coming weeks. Wheel of Fortune Live! is a live touring production and is not for broadcast.