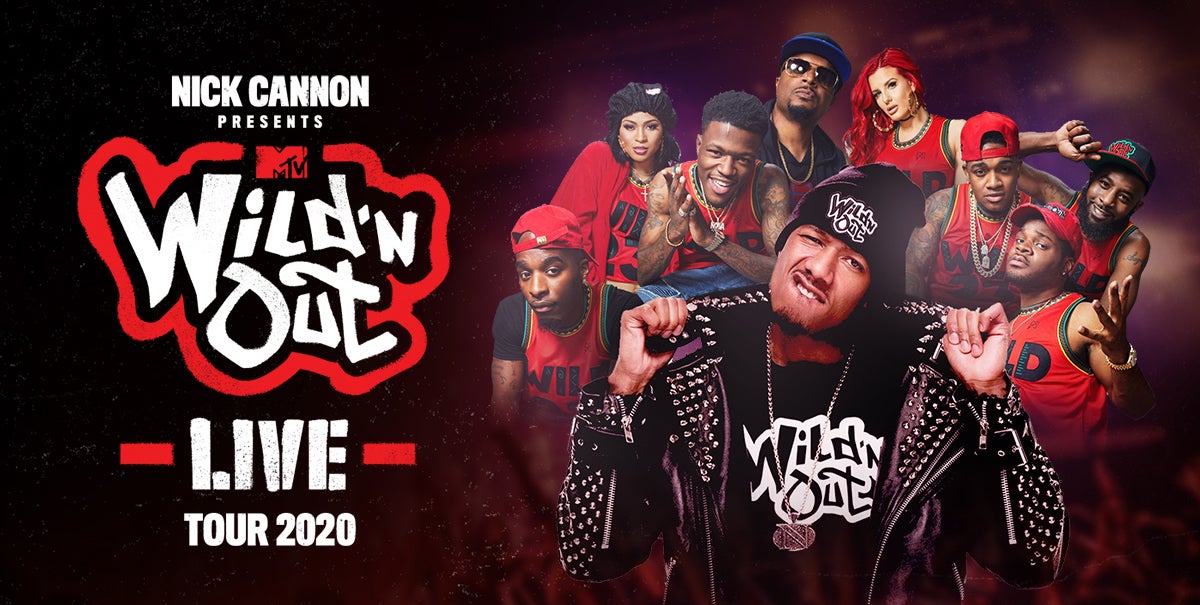 The remaining stops of Nick Cannon’s Wild ‘N Out Tour are proactively being rescheduled for the near future out of an abundance of caution. As soon as we have the dates finalized we’ll share the updated schedule, and all tickets will be honored accordingly. Thank you for understanding.

Multi-hyphenate entertainer Nick Cannon announced his wildly popular MTV Wild ‘N Out Live tour will return with dates all over the U.S. kicking off this March. Fans can expect stand up routines by their favorite Wild ‘N Out cast members including DC Young Fly, Karlous Miller, Emmanuel Hudson, Justina Valentine, Hit Man, Conceited, DJ D-Wreck and Pretty Vee (lineup varies by city), as well as live music performances from some of today’s hottest artists. Additional special guests will be announced. Each night Nick Cannon and the cast will also invite members of the audience to join them for Wild ‘N Out’s most popular games. The tour will bring together a comedy, variety and game show all in one to fans of the improv/competition show on each stop.

Produced by Live Nation and Laugh Out Loud, the expansive 27-city arena tour will kick off March 3 in Jacksonville, FL and make stops in Atlanta, Chicago, Brooklyn, Los Angeles and more, before wrapping April 11 in Anaheim, CA at the Honda Center.

About Laugh Out Loud

Laugh Out Loud is a comedy brand and multi-platform entertainment company founded by the world’s top comedian Kevin Hart. Through comedy in color, LOL unites a diverse, global audience around an essential connective tissue: LAUGHTER.

From stand-up legends to the next generation of comedic talent, Hart and LOL curate comedy’s boldest voices to produce original scripted and unscripted series, stand-up specials, live broadcasts and experiential activations. To Laugh Out Loud, Hart brings the groundbreaking social strategy that earned him 100 million+ followers, sold out 2018’s biggest comedy tour in the world, and continues to break box office records. For more, visit LaughOutLoud.com.