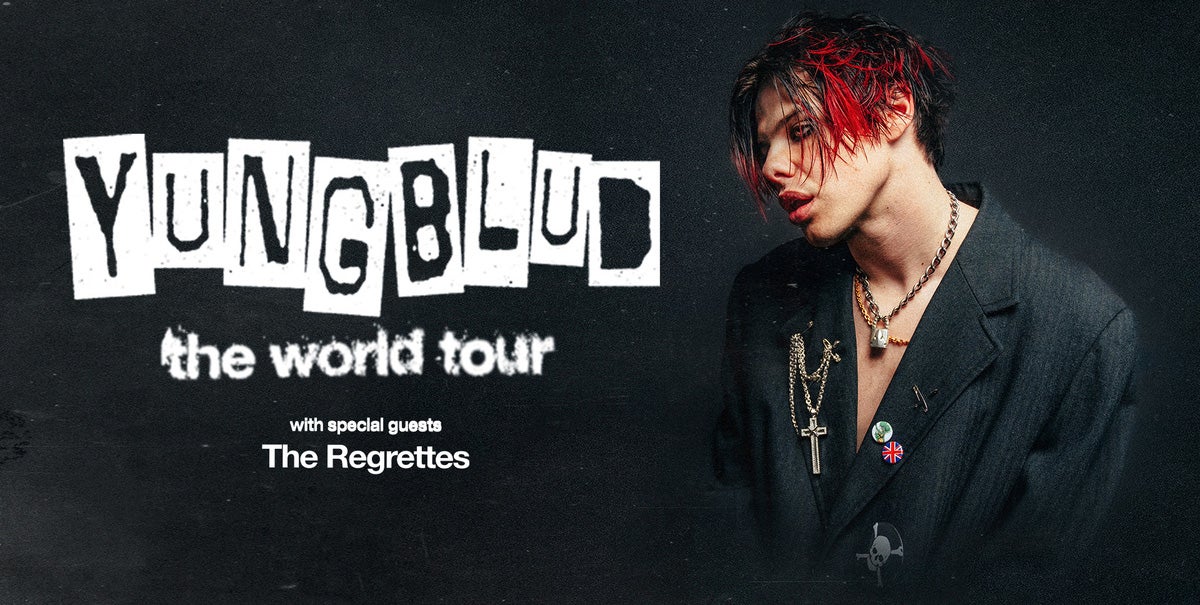 YUNGBLUD announced The World Tour with special guest The Regrettes which includes a performance at Michigan Lottery Amphitheatre on Friday, July 7, 2023 at 8 p.m.

Yungblud can’t remember a time before music: at the age of two, he picked up a guitar from his father’s instrument shop, and from that moment, his lifelong love affair began. Born in Yorkshire, Dominic Harrison began writing his own songs at 10 years old, enticed by the thrill of catharsis and self-expression he couldn’t find anywhere else. Since his self-titled debut EP in 2018, the 24-year-old’s lyrics have found universality in introspection, reckoning with sexuality, gender, class, gentrification, and mental illness with disarming honesty in order to encapsulate the spirit of his generation.

His fans are legion, and the numbers are reflective of this resonance: Harrison has 7.6 million Spotify Monthly Listeners, 4.5 million followers on TikTok and total YouTube views in nine figures. Harrison’s first creative statement was his 2018 debut album 21st Century Liability, which cemented his status as a fearlessly individual artist who thrived on breaking cultural taboos in his lyrics. This was succeeded by his 2019 EP, hope for the underrated youth, which debuted in the Top 10 of the UK Official Albums Chart. In its wake, the accolades started totting up: he was shortlisted for the BBC Sound of 2020 poll and subsequently crowned the MTV Push: Ones to Watch winner.

Harrison more than fulfilled this promise with his second record, weird!, which topped the UK album chart and is now certified gold. After having performed headline tours across Asia, North America and Europe, the incredible success of weird! allowed Harrison to perform a sold-out, five-night residency at London’s Kentish Town Forum and a date at the 10,000-cap Alexandra Palace to give his fans the live experience they sacrificed during the pandemic. Now, Harrison’s sights are set firmly on the future with the release of his hotly-awaited third album, Yungblud in September 2022, which is primed to be his greatest era yet.