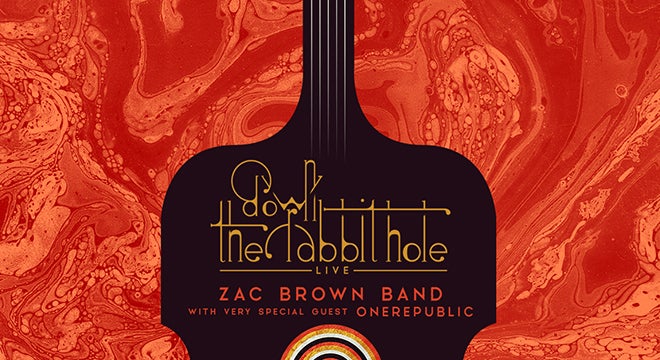 Three-time Grammy®-winning multi-platinum artists Zac Brown Band have had five consecutive albums reach the top 10 of the Billboard 200 and four consecutive albums debut at #1 on Billboard’s Country Albums chart. To date, the group has sold more than 25 million singles and eight million albums. They have achieved 15 #1 radio singles and are the second act to top both the Country and Active Rock formats. They have developed a reputation with critics and fans alike for a live show marked by strong musicianship that defies genre boundaries.

The band’s latest album, Welcome Home, a return to their classic sound, was produced by Grammy®-winning producer Dave Cobb and In the Arena Productions. Rolling Stone praised the album’s “southern storytelling, rootsy instrumentation and the sonic swell of eight bandmates who, once again, are firing on the same cylinder.” The No. 1 triumph of Welcome Home follows three platinum-selling albums (Uncaged, You Get What You Give, and JEKYLL + HYDE), the 5x-platinum The Foundation, and their 2013 project, The Grohl Sessions Vol. 1.

Tickets (starting at $39.50) are on sale now and can be purchased at Tickets.com and the Comerica Park box office. To charge tickets by phone, call 866-66-TIGER.