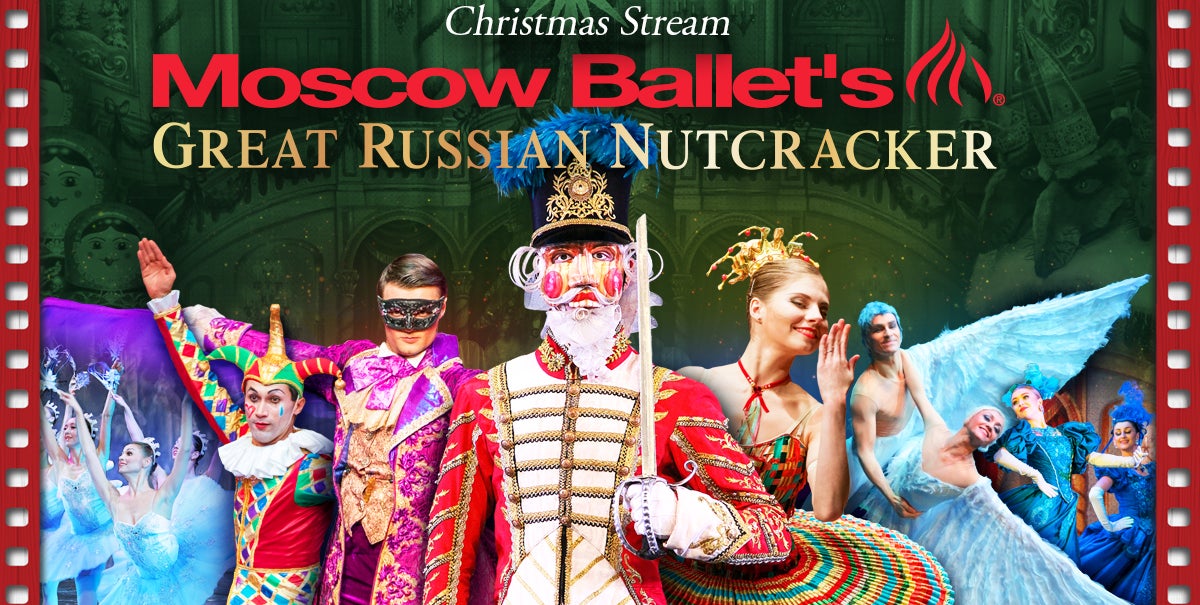 (DETROIT – September 25, 2020) – Moscow Ballet and Talmi Entertainment are excited to launch the ground-breaking Great Russian Nutcracker: Christmas Stream for holiday audiences this season. The digital performance stream will debut on December 19, 2020 at 8 p.m. and will be viewable on MarqueeTV through January 1, 2021.

Viewers will go backstage with the cameras for a never before seen view of life behind the curtain and all the hard work and humor it takes to mount the Christmas classic: Moscow Ballet’s Great Russian Nutcracker. See the full show annotated by the creative team, exclusive interviews and candid footage of life on the road for the world’s grandest Christmas tradition.

Innovation In The Arts
In these unprecedented times Moscow Ballet and American production team Talmi Entertainment have found a path forward amidst the turmoil. The mission of bringing international level artistic experiences, cultural enrichment and meaningful family traditions to families across the USA during Christmas has found a new vehicle in interactive streaming video. Audiences will have the opportunity to speak directly with artists over Zoom, asking questions in an intimate format never before accessible to patrons.

Innovation In Business
Necessity is the mother of invention. Moscow Ballet and Talmi Entertainment have forged new-world partnerships with players across the entertainment industry and have incorporated lessons from the e-commerce sphere as well. Among the strategic collaborations are Live Nation, iHeart Media, Ticketmaster, MarqueeTV, independent theaters nationwide, and a host of digital outlets from Google and Facebook to Theater Mania. The Washington Post writes “the future of performing arts is digital,” and Marquee TV is positioned to lead the way in this new paradigm.

In addition to public performances Moscow Ballet’s North America tours include community engagement programs for all ages and interests. The Dance with Us program shares Russian Vaganova ballet training with over 6000 American dance students annually, bringing them on stage in ancillary roles to perform side-by-side with the professionals. Derived from the philosophy of arts enrichment for children developed by Natalia Sats, “New Horizons – A Children’s Program for Life” is a cultural immersion module benefitting thousands of children across the country annually and has been deployed in school districts across the USA.