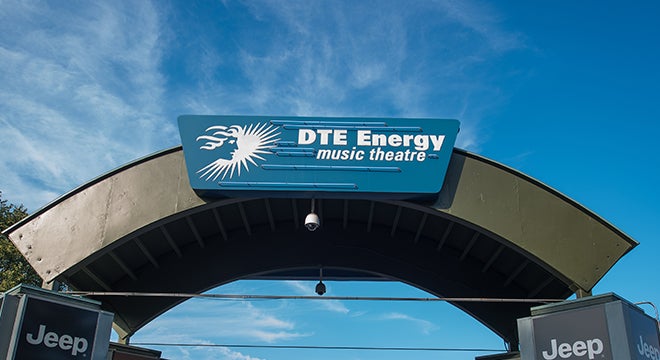 Bob Seger & The Silver Bullet Band hit the DTE Energy Music Theatre stage tomorrow beginning a string of six sold out dates as part of their hugely successful final tour entitled “Roll Me Away Tour” which concludes on Friday, June 21. The six-show run moves Seger’s total number of performances at the venue to 33 – the same number placed alongside his name on the newly installed street sign.

“Bob Seger is a Michigan icon and one of the greatest rock-and-roll artists of all time,” said Mr. Gores. “A Detroit legend and hero to his hometown, he’s always stayed true to his roots and embodies the best of our region’s Midwestern values. We are proud to celebrate everything he’s contributed to the world of music and to our community.”

“Thank you so much for this. I am deeply honored and grateful!” said Bob Seger. “I have great affection for this historic venue and now to be a part of it forever is truly overwhelming. Again, thank you so much.”

A legendary career spanning five decades, Seger’s first performance at the iconic and world-class amphitheater was on July 24, 1972, the year the venue opened. He performed eight dates during the summer months of August and September 1977, a record for most shows in a single season that stood for 38 years. He would perform another seven dates the following year in August/September 1978, three in August 1980, five in August 1986 and two in June 1996, before returning to the DTE stage 21 years later on September 9, 2017.

Seger has always stayed true to his legendary sound, effortlessly marrying blues, country, and heartland soul into his trademark brand of Motor City rock ‘n’ roll. Seger is a Grammy® Award-winning multi-talented artist, songwriter, producer, and bandleader whose indelible body of work has affirmed his place in the fabric of American song. Inducted to both the Rock & Roll Hall of Fame and the Songwriters Hall of Fame, Seger has sold more than 53 million albums and has earned 13 platinum and seven multi-platinum RIAA Certified sales awards, including such landmark albums as Beautiful Loser, Live Bullet, Night Moves, Stranger in Town, Against the Wind and Nine Tonight.