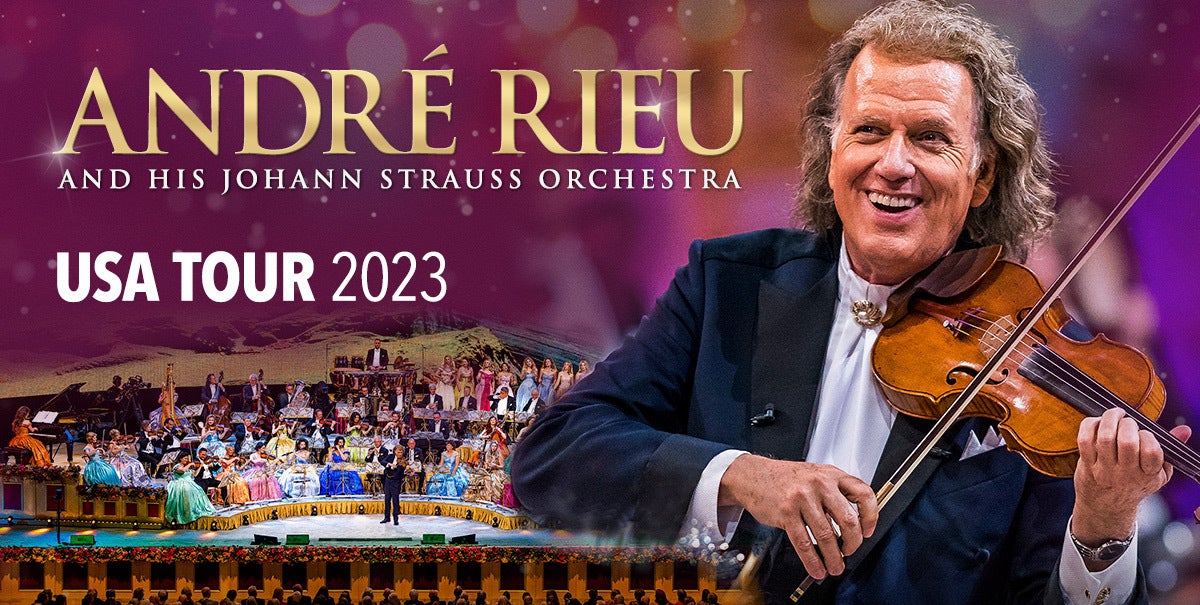 (DETROIT – November 30, 2022) – André Rieu, the most successful classical artist in the world - will return to the United States in 2023 for a series of concert dates in Chicago, Detroit, Columbus, Washington, New York and Boston. Rieu will perform at Little Caesars Arena on Wednesday, September 13 at 7:30 p.m.

Tickets (starting at $84) go on sale Friday, December 2 at 11 a.m. at 313Presents.com, andrerieu.com and Ticketmaster.com.

Known to millions around the world as the “King of the Waltz,” André Rieu is a musical phenomenon like no other, a true King of Romance, having sold a massive 40 million CDs and DVDs and notched 30 No. 1 chart positions worldwide. Along with his 60-piece Johann Strauss Orchestra (the largest private orchestra in the world), André has created a global revival in waltz music, staging spectacular extravaganzas which are second to none.

Having received 500 Platinum Awards, three Classical Brit Awards for “Album of the Year” and billions of YouTube views, André Rieu is one of the biggest solo male touring artists in the world.

“Emotions are the key”, says André Rieu. “Everybody is welcome in my concerts. We open our hearts for the audience and the audience opens their hearts for us. Every night my orchestra and I see people dancing and singing in the aisles, enthusiastic and carefree. Together we spend evenings that we do not forget. When people write to tell me that they need two-weeks to come down after my concerts, it makes me the happiest man in the world!”

André Rieu is not just for an evening – he is for life. His romantic and joyful programs include a mixture of light classics, waltzes, music from film and opera as well as pop songs, performed by his Johann Strauss Orchestra. Rieu has had soccer crowds swaying to Shostakovich during several Champions League Games and his world tours reach over half a million people each year.

“It has always been my dream to tour the world with my own orchestra. My plan for the future is to play on the moon,” Rieu says. “I’ve already talked to Richard Branson about it, and when he opens a hotel, I want to be the first to play there.”